The attacks came hours after a political crisis forced the new prime minister to step down.

At least 47 people were killed, including four children, when a suicide bomber detonated a belt packed with explosives at a Houthi checkpoint in the centre of the capital Sanaa where Houthi supporters were preparing to hold a rally.

In eastern Yemen at least 20 soldiers were killed in a suicide car bombing and gun attack on an army outpost.

The militant group al-Qaeda in the Arabian Peninsula (AQAP) has waged repeated attacks on army installations and government facilities in eastern Yemen in recent months.

The attacks occurred just hours after a showdown between the Houthis and President Abd-Rabbu Mansour.

His appointment on Tuesday under a power-sharing deal signed last month had angered Houthi leaders. 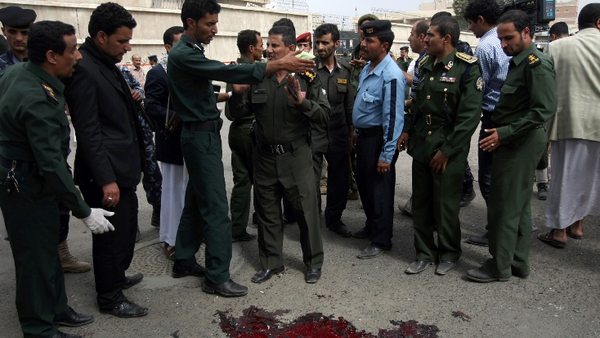