A 29-year-old California woman with terminal brain cancer has moved to Oregon because it allows assisted suicide for the terminally ill.

She is spending the last few weeks of her life campaigning for others facing death to have the same right.

A six-minute video featuring Brittany Maynard explaining her choice was posted to YouTube on Monday and has since been viewed more than 4.4 million times.

Ms Maynard was diagnosed in January with a glioblastoma brain tumour and was later told by doctors she had six months to live.

"I will die upstairs in my bedroom that I share with my husband, with my mother and my husband by my side and pass peacefully with some music that I like in the background," Ms Maynard said in the video.

The video shows images of Ms Maynard from her wedding and her hiking excursions, and interviews with her mother and her husband. 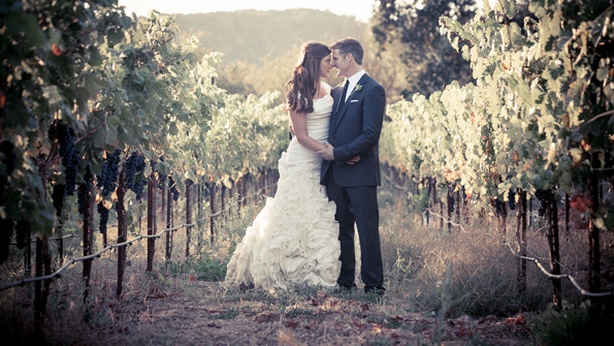 Ms Maynard plans to take a prescribed medication to end her life when her pain becomes unbearable, according to the pro-euthanasia group Compassion & Choices, which said in a statement that she has a "few weeks" left to live.

Since her diagnosis, Ms Maynard has moved from her home in the San Francisco Bay area to Oregon, which in 1997 became the first US state to allow assisted suicide for terminally ill patients.

Washington state, Montana, Vermont and New Mexico have since joined Oregon as the only US states that allow it.

Ms Maynard is raising funds through 'Compassion & Choices' to advocate for assisted suicide as an option for terminally ill patients like herself, in an act of advocacy that differs from the more private path many others in her position have taken.

A representative from Compassion & Choices did not return calls, and it was not immediately clear how much Ms Maynard's campaign has raised.

Ms Maynard said in the video that after her initial diagnosis the cancer progressed to a more severe grade.

"That was a major shock to my system and the system of my family, because it went from having potentially years of time to being told I had like six months," she said.

Since 1997, 752 patients in Oregon have died from ingesting medications prescribed under the state's euthanasia law, according to the Oregon Public Health Division.

Groups opposed to assisted suicide say vulnerable people who are ill, especially among the elderly, might be unduly influenced to end their lives and that other ways exist to ease the suffering of those with terminal diseases.