Minister for Education and Skills Jan O'Sullivan has ruled out going back to the drawing board over Junior Cert reforms.

Ms O'Sullivan said that while reforms had commenced in September with changes to the English curriculum, she wanted to discuss concerns with teachers over issues such as assessment.

Ms O'Sullivan said she expects to meet teachers' unions over the next two to three weeks.

Earlier, Ms O'Sullivan indicated that her priority is to cater for increasing demographics and not a reduction of class sizes.

Her comments came in a response to Independent TD Finian McGrath during this morning's Minister's Questions in the Dáil.

He asked if the minister will support a reduction in the class size, adding that "Irish class sizes are back to where they were ten years ago. One in four children in primary schools will be squeezed into classes of 30 or more".

Ms O'Sullivan said: "My main priority for any additional resources for the foreseeable future will be to cater for the continuing increase in demographics at all levels in the education system.

"We have a growing population of young people in this country and despite the difficult financial circumstances we face as a country, we prioritise education so that the number of teachers we have in the system has also grown in order to protect pupil-teacher ratios.

"There were 1,000 more teachers employed in the last school year than there was last year."

She said her focus in preparing for Budget 2015 has to be to seek the funding necessary to meet demographic growth and not on additional spending measures, such as that proposed by Mr McGrath.

She said that if there is funding available in future years to reduce class size, her preference will be targeting a reduction for the infant years.

Mr McGrath asked the minister to accept that there is a "major problem" in terms of class sizes.

The minister said that class sizes should be reduced but the country is still in a very tight budgetary situation.

She said that providing teachers for extra children has to be a priority.

The minister said the rest of the EU does not have the population increase that Ireland does.

She agreed that Ireland is above the European and OECD average for class size.

Ms O'Sullivan said that the projected number of pupils for the current school year is 544,762 at primary level and 338,046 at post-primary level. 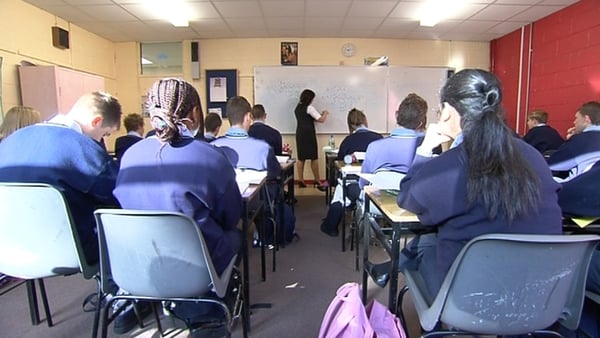