The European Union has approved Britain's ambitious €20 billion plan to build its first nuclear plant for a generation.

The Hinkley Point C power station, which will be built with French and Chinese help, is 240km from the Irish coast.

There are two other power stations at the site in Somerset in southwest England.

The EU decision marks a major victory for nuclear energy three years after the Fukushima disaster.

The project had encountered fierce resistance from activists and several member states, but a vote by the union’s 28 commissioners narrowly approved the deal.

Hinkley Point is one of the world's most ambitious nuclear deals and is seen as a key boost to an industry brought to its knees by the 2011 Fukushima meltdown in Japan.

The EU Competition Commission, which led the inquiry, defended its decision, saying that Britain had "significantly modified" its plan in response to concerns raised by the EU about whether aspects of the deal amounted to state aid.

"On this basis and after a thorough investigation, the commission can now conclude that the support is compatible with EU state aid rules," EU Competition Commissioner Joaquin Almunia said in a statement.

Critics have complained that there are insufficient plans for the removal of the nuclear waste that the plant will produce.

Concerns about the project have also been raised by An Taisce and the Department of the Environment.

An Taisce today said: "The state aid investigation by the European Commission raises totally different issues to those raised by An Taisce's ongoing legal action.

"An Taisce's case is against the UK Government on the grounds that we believe they did not apply international law, EU law and English law correctly ... in that they failed to consult with their neighbours, the people of Ireland, prior to granting permission for Hinkley Point C."

The department said it had concerns about the effect on the environment, the management of radioactive waste, and the "rationale underpinning the proposed justification decision for new nuclear facilities".

It said it had discussions at ministerial and official level over several years about Hinkley Point C.

The department today said a report on the project by the Office of Radiological Protection found that the routine operation of the proposed nuclear power plants would have no measurable radiological impact on Ireland or the Irish marine environment.

Greenpeace has criticised the commission's decision and said it could well face legal challenges.

It claimed the decision was a sellout to nuclear interests and that European taxpayers would have to pay the cost.

Meanwhile, the Austrian government has said it would bring legal action against the commission's decision to the European Court of Justice.

They said they were opposing the commission's decision on economic and environmental grounds, claiming nuclear power was not a sustainable form of energy, was a mature technology and was not an option for combating climate change.

Other member states have voiced concerns that the project makes a mockery of the union’s stated policy to promote solar and wind power.

The European Commission, the EU's executive arm, launched the inquiry in late 2013, delving closely into the project's elaborate price guarantee system that critics claim will prove hugely expensive to British consumers for decades to come. 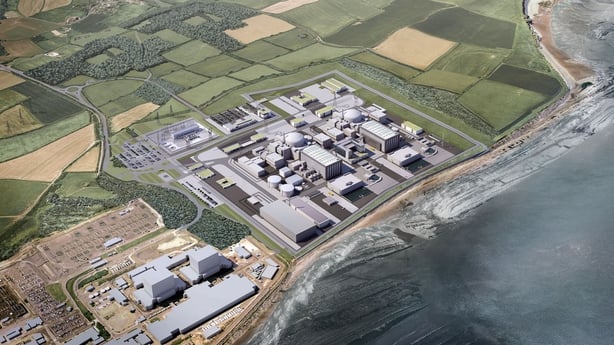 Under the accord, EDF gets a 45-50% stake, China General Nuclear (CGN) and China National Nuclear Corporation (CNNC) will have a combined 30-40% and another French firm, Areva, will have 10%.

Hinkley Point C is the first nuclear power station to be built in the UK for 20 years and will start producing electricity in nine years’ time.

It is expected to be in operation for 60 years thereafter.

The British government has insisted that he plant is an essential part of its strategy to more to a low carbon economy.

They have agreed to pay EDF a so-called strike price of £92.50 for every mega watt of electricity produced.

This is almost twice the current wholesale price for electricity and it will be paid for 35 years.

The older facilities at Hinkley Point produce about 1% of Britain's electricity. This is now expected to rise to 7% when the new facility is completed.

It is estimated that the construction of the new facility will require 5,600 construction workers and that overall about 25,000 related jobs will be created.

EDF has said the plant will be able to withstand a hit from a passenger jet and the pressurised water reactors that will be installed are much safer than previous designs. 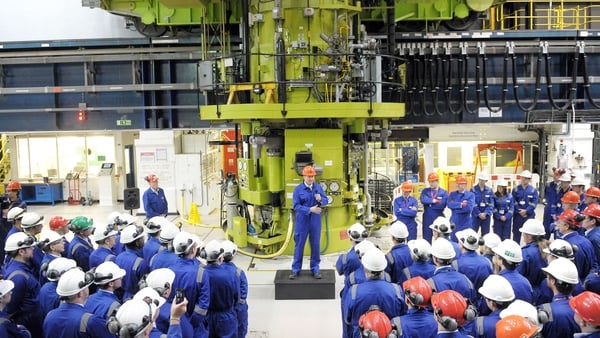