Russian President Vladimir Putin has marked his 62nd birthday in the Siberian wilderness as 100,000 marched in his honour in Chechnya.

Kremlin spokesman Dmitry Peskov said Mr Putin had taken a day off from his "extremely intense" agenda to celebrate his birthday in the depths of Siberia.

"This place is some 300 to 400km away from the nearest settlement," Mr Peskov told the Komsomolskaya Pravda newspaper, saying the president worked virtually around the clock and needed a breather.

"He will rest," he said, declining to say whether Mr Putin would have company in Siberia.

The president is riding a wave of popular support following the annexation of Crimea in March, with ordinary Russians, ex-Soviet leaders and Ukrainian separatists singing his praises on his birthday.

More than 100,000 people, some carrying giant flags, marched in the president's honour in the Chechen capital of Grozny, led by Kremlin-backed regional leader Ramzan Kadyrov who carried a portrait of Mr Putin.

Supporters in Moscow staged an exhibition of paintings designed to symbolise Mr Putin's achievements, comparing them to the ‘12 Labours of Hercules’, the demigod of Greek mythology renowned for his strength.

"Since Putin's last birthday Russia under his leadership has made a leap into a political ‘terra incognita’," the mass-circulation daily Moskovsky Komsomolets claimed, saying he would remain "indispensable" for the country.

Alexander Zakharchenko, prime minister of the self-proclaimed Donetsk People's Republic in eastern Ukraine, praised Mr Putin for the protection of the "Russian world" and supporting rebels in the ex-Soviet country.

But while this year's festivities had all the slavish adulation that has marked Mr Putin's birthdays over the past decade, not everyone was celebrating.

His critics attacked him, while wits asked on Twitter whether Mr Putin could remain in the Siberian woods for good.

Opposition magazine The New Times marked the day with a new dose of gallows humour, with jokes poking fun at life under Mr Putin.

In Ukraine, where contempt for Mr Putin runs high, the 1+1 television channel compiled a collection of uncomplimentary messages from social media.

"According to statistics, the average life expectancy for Russian men is 62 years," read one tweet. 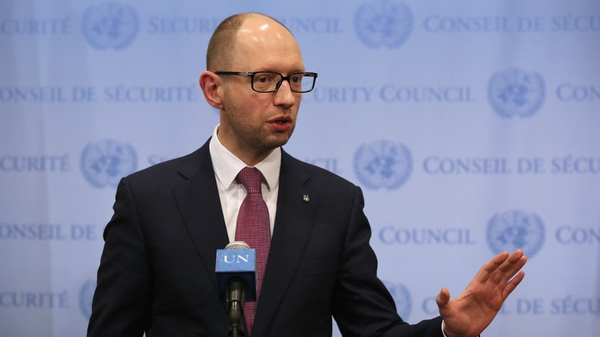