An Ebola patient hospitalised in Texas is "fighting for his life," a day after the man's condition worsened from serious to critical.

"The man in Dallas, who is fighting for his life, is the only patient to develop Ebola in the United States," Dr Tom Frieden, director of the Centers for Disease Control in Atlanta, told CNN.

The case of Thomas Eric Duncan, who arrived in Dallas from Liberia two weeks ago, has heightened concerns that the worst epidemic of Ebola on record could spread from west Africa.

The outbreak began in March in west Africa and has taken more than 3,400 lives.

In the meantime, the CDC has narrowed down the number of individuals in Dallas at greatest risk of infection from Mr Duncan, identifying nine people who had direct contact with him.

Another 40 were being monitored as potential contacts, out of a group of 114 people initially evaluated for exposure risks, though none from either group has shown symptoms, Dr Frieden said.

Ebola spreads through contact with bodily fluids such as blood or saliva.

Dr Frieden also told a news conference that US health authorities have responded to inquiries regarding well over 100 potential cases since Mr Duncan tested positive earlier this week.

However, no new cases of the disease have been confirmed.

Mr Duncan, now being treated at Texas Health Presbyterian Hospital, was sent home after his first visit to the emergency room, despite telling a nurse there that he had just been to Liberia. 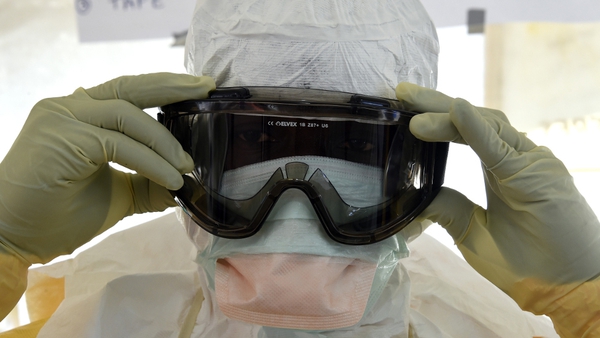