Minister for Health Leo Varadkar has said he will bring forward proposals to the Cabinet to reform the discretionary medical card system.

He said: "Anyone whose discretionary medical card has been re-instated in recent months need not worry. Their cards will be extended for as long as they need them."

Mr Varadkar said he will consider the unpublished report by Professor Frank Keane and will bring proposals forward so that very sick people are provided for.

A consultant in Medical Oncology in St Vincent's Hospital, Dublin has said Mr Varadkar must "try harder" and "work-out" a solution to the medical card system.

Speaking on RTÉ's Six One, Senator John Crown said that a generic list, which does not take into account the specific diagnosis, but takes into account a number of variables, should be drawn up.

He said the variables could include, for example: the level of disability, the amount of medical intervention needed, the expense of such intervention, and the need of family support.

Mr Crown saidd that it's impossible to escape the conclusion that the withdrawal of medical cards was purely a cost cutting measure, adding it is not a coincidence that it occured at a time when there was a perceived need for budget cutbacks.

Earlier, Fianna Fáil spokesperson on health Billy Kelleher called for the discretionary element of the medical card scheme to be retained.

He was speaking after a report by an expert panel, appointed by the Government to examine the issue of medical cards for people with serious illnesses, said it would be "neither feasible nor desirable" to list and prioritise conditions.

The panel was set up by the Health Service Executive following the outcry over the withdrawal of medical cards.

Speaking on RTÉ's Morning Ireland, Mr Kelleher said that while the scheme governing discretionary medical cards needed to be streamlined, the principle should not be lost.

"The principle was that it would target people who most needed healthcare.

"It was compassionate and it would assist people who are vulnerable, who are sick and who had various illnesses," Mr Kelleher said.

"We all knew that this particular report that was commissioned and Professor Frank Keane was involved in, would simply come up with the fact that it would be impossible to outline every illness and disease and situation whereby a medical card should be awarded to a person on illness grounds, and that is why the discretionary element that was always there should have been retained," he added.

Speaking on the same programme, Jack and Jill Foundation Chief Executive Jonathan Irwin said he was not surprised by the findings and described the situation facing many parents as "inhumane".

He said that all parents of sick children wanted was for those aged under 16 to be recognised in their own right and granted a medical card.

Mr Irwin said that for a parent of a sick child there is nothing worse that failing a means test, because "you have failed your child again".

He said: "It's inhumane what's going on here. That's an expert report. Experts are experts but we've also got, we think, a very brilliant minister (Leo Vardadkar) on our hands and he's got to show leadership.

"He's got to be able to look parents in the face and say your child is at death's door and will have a medical card until the day he or she dies. That has got to happen.

"If it doesn't happen, the parishes of this country are going to be aflame, not just with the Jack and Jill parents, but with the parents of all sick children because it is so humiliating to be put in a position like this by the HSE."

Minister of State with Responsibility for Mental Health Kathleen Lynch has said the discretionary element of allocating medical cards is still in operation.

Speaking on RTÉ's Today with Sean O'Rourke, Ms Lynch said the medical cards issue is a complex one.

She said she has always believed the best option was to "tweak the system we have".

The minister said the Government is working on the 22 recommendations of the expert panel that was appointed following the outcry over the withdrawal of medical cards.

She said there has been a lot of confusion over how medical cards were allocated over the past 12 months.

The minister said: "We have 65,000 cards issued on discretionary grounds and 15,000 that were reviewed last year have been reinstated.

"There are 1.9 million people now with medical cards in this country, that's over 40% of the population. It's very hard to make the decisions when it comes to medical cards, in terms of money, condition, family circumstances and the only sensible way around this is to have universality in terms of the health service."

The Irish Medical Organisation has said the Government should commit to increased funding for the medical card scheme.

"It is disingenuous of Ministers to state that the system just needs "tweaking". What the system needs is proper funding and planning."

The Irish Hospice Foundation said regardless of diagnosis anyone facing end of life should be given priority for a medical card.

Chief Executive Sharon Foley said: "There are people out there for whom life expectancy is limited but who don't fall into any specific category, especially older people who are becoming increasing frail."

Currently people who are terminally ill and approaching end of life are entitled to a medical card for an 18-month period without a means test, once the prognosis is certified by a medical practitioner.

However, the IHF said around an estimated one in five patients who get medical cards on this basis live beyond the six-month period - and the renewal process can be upsetting for patients and their families. 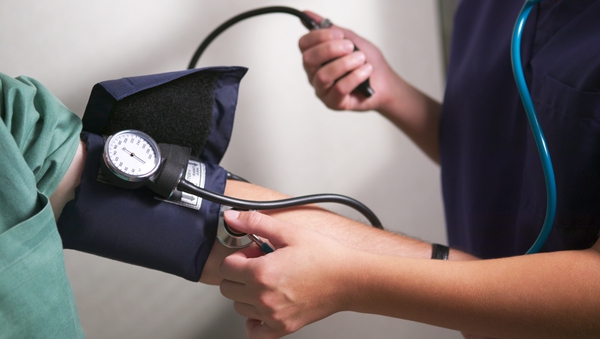 'Not feasible' to prioritise illnesses for medical cards