Taoiseach Enda Kenny has been heckled by hospital action protesters in Roscommon after he arrived to canvass with the party's candidate in the Roscommon South Leitrim by-election.

Mr Kenny was met by a hospital action committee county councillor and a small group of protesters.

When the hospital action committee candidate in the by-election, John McDermott, tried to speak to the Taoiseach, he became involved in a scuffle with Fine Gael TD Frank Feighan.

Mr Kenny was escorted quickly inside the Fine Gael office, while Mr McDermott and Fine Gael party officials claimed they had been pushed away.

There will now be ten candidates – nine men and one woman - in the by-election to fill MEP Luke 'Ming' Flanagan's Dáil seat.

Mr O'Brien became the 11th candidate in the race when he lodged his nomination papers before the deadline of midday yesterday.

A spokeswoman for the returning officer in Roscommon Court House this afternoon confirmed that Mr O'Brien has withdrawn from the race.

Candidates have a 24-hour period after the close of nominations to withdraw their nominations and Mr O'Brien did so before midday. 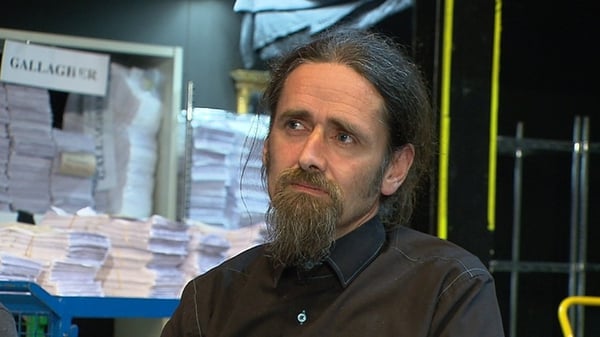