The figures are contained in the Comptroller and Auditor General's report on public expenditure for 2013.

Irish Water took on responsibility for water services, including all capital works funded by the department from local authorities, on 1 January 2014.

The report showed €6m has been included in the department's 2014 estimate for some water quality and water sector reform programme costs.

In March 2013, the Department of Environment, Community and Local Government paid a fine of €2.648m to the European Commission for breaches of European rules on waste water management and septic tanks.

The commission had originally sought a fine of €4,771 for each day of non-compliance between 2009 and December 2012 when the European Court of Justice issued its ruling.

The commission also sought a further fine of €26,173 to be levied for each day between that ruling and the date of full compliance.

The total penalty proposed by the commission would have come to €6.86m.

However, the court considered the efforts made by Ireland to comply with its 2009 judgment and the impact of the economic crisis.

It imposed a daily penalty of €12,000 from the date of its December 2012 ruling to the date of full compliance.

The total penalty imposed by the court eventually amounted to €2.648m.

Over 90% of septic tanks registered

The Comptroller and Auditor General's report estimated that by the end of July 2014, over 90% of septic tank systems had been registered.

The first round of risk-based inspections found a significant failure rate of systems at over half of those inspected.

There were 423 full inspections, with 199 systems passing and 224 failing, a compliance rate for finalised inspections of 47%.

In one third of cases, the inspector believed the system constituted or was likely to constitute a risk to human health or the environment.

However, the C&AG cautioned that care must be taken in interpreting the results of the initial inspections, as the inspection plan was based on prioritising higher risk areas.

He said that in order to establish the overall level of compliance across the State, inspection of a random sample of systems would need to be undertaken. 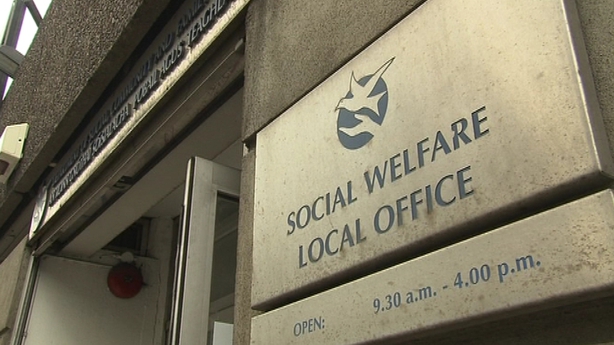 The Exchequer is losing €2.68m per week due to fraud and errors in around 3.1% of claims for Jobseekers' Allowance.

Of 987 cases surveyed, 85% were assessed as requiring no change in their payment.

Customer errors were identified in 119 cases, with departmental errors arising in nine cases. Fraud was suspected in 21 cases.

Fraudulent behaviour included failure to provide the documentation requested, means in excess of limits identified, the claimant being unavailable for work (including living abroad) or not being entitled to a dependent adult payment.

The survey estimated that the fraud and error rate for casual claimants who work for a day or two at a time at around 6.8%.

The report criticised the intervals between the conducting of fraud and error surveys on social welfare schemes.

The report said that while some of the larger and more risky schemes have been surveyed more than once since surveys were introduced in 2003, the planned length of time between surveys - ranging from seven to ten years - is of concern particularly for the more risky schemes.

The report pointed out that few schemes in the €100m-€500m category have been surveyed to date.

The department also said that resources were a critical issue in carrying out continuous surveys.

"We continue to take this issue very seriously and will work with the Office of the Comptroller and Auditor General to ensure that our processes and controls are as robust as possible and are regularly reviewed as to their effectiveness."

Five farmers received overpayments from social welfare of on average around €115,000 each last year.

The report said the Department of Social Protection made overpayments of €2.9m in 2013 in the farm assist scheme.

The scheme supports low-income farmers, which represents about 7% of all famers in the State.

The report said that last year 377 overpayments were raised.

But the five largest overpayments that were assessed made up 20% of the total overpayments.

In one case, a Mayo farmer was found to have been overpaid by €56,000 over six years.

The claimant from Ballina had not been reviewed in almost ten years.

The report said that the full amount was repaid by the claimant in one single payment.

Meanwhile, fraud and errors in the rent supplement welfare scheme are costing almost €390,000 per week.

In total, rent supplements worth €373m were allocated to around 80,000 recipients during 2013, with a fraud and error rate of 5% detected in a random survey of recipients.

Of 1,000 cases examined, 88% were in order. Customer errors were detected in 55 cases, with departmental errors found in 67 cases.

Two factors were identified as having the most influence on the likelihood of a case being non-compliant with scheme conditions: the division of the department dealing with the case, and the person to whom the payment was made.

The divisions with the highest percentage of fraud and error cases were Dublin Central at 32% and Midlands North at 25%, while the average across all divisions was 16%.

Cases where rent supplement was paid directly to the client had an 18% fraud and error rate, while those paid to a nominated person (usually the landlord) had a 10% rate. 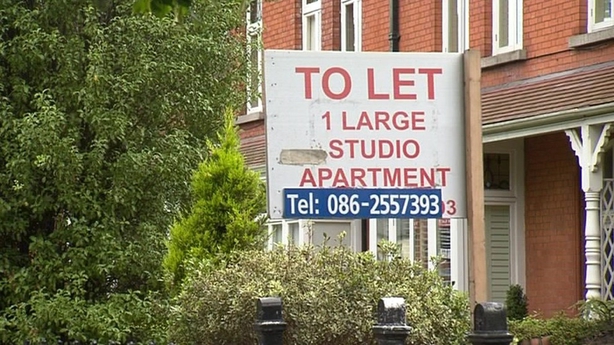 The report also found that individual taxpayers declared gross rental income of €4.4bn, with €4bn related to properties in Ireland.

The amount of rental income declared from foreign properties decreased by 7% in the same period, but the number of foreign rental properties declared to Revenue in that time increased by 32%.

The report says there is a significant level of non-compliance with procurement rules in the HSE, with more than one third of purchases examined in an audit found to be non-compliant.

It also found 83% of non-competitively tendered contracts were under-reporting by value.

The buying of goods and services by the HSE is governed by national and EU rules, as well as internal HSE policy.

To test compliance, the C&AG tested a sample of 100 payments to suppliers in six locations - three hospitals and three local health offices.  The total value of the payments examined was €2.21m.

In the non-compliant cases, it was found that most of the arrangements had been in place for a considerable period of time, with one procurement relationship dating back to 1991.

The C&AG's report says that while some of the initial contracts may have been awarded after a procurement process, the subsequent contracts had long since expired and the arrangements were simply rolled over from one year to another.

The CAG report calculated Ireland's General Government Debt at approximately €203bn at the end of 2013 – an increase of 5.4% over 12 months.

The report also found that the total amount spent by Government departments and offices came to €46.9bn - €43bn after deductions.

The Government gave €2.4bn in funding to local authorities last year compared to €5.8bn in 2008.

The decrease in funding is attributed to the removal of responsibilities from local authorities in some areas.

For example prior to 2012 higher education grants were awarded by either the relevant vocational education committee or local authority, and the Department of Education reimbursed the costs accumulated by the local authorities.

From the academic year of 2012/2013 all new students submit applications for support under the student grants scheme of the Student Universal Support Ireland.

The report finds that the aggregate expenditure by local authorities in 2012, the last year for which audited information is available, is estimated at €6.3bn.