Britain's Queen Elizabeth II "purred" when she was told that Scotland had voted against independence, British Prime Minister David Cameron has been filmed saying.

Mr Cameron was caught on camera making the remarks to former New York mayor Michael Bloomberg in the United States, where he is attending the UN General Assembly.

"The definition of relief is being the prime minister of the United Kingdom and ringing the Queen and saying: 'It's alright, it's OK.' That was something," Mr Cameron said, in a video released by Sky News.

"She purred down the line."

Scotland voted to reject independence last Thursday after a close race in which it had looked like the "Yes" camp could snatch a surprise victory.

"It should never have been that close," Mr Cameron also said.

Referring to polls showing a tight race between "Yes" and "No" camps, he added: "I want to find these polling companies and I want to sue them for my stomach ulcers."

The British leader called the 88-year-old monarch early on Friday morning to tell her of the result.

Buckingham Palace declined to comment on whether the queen had "purred", saying: "We would never comment on a private conversation."

During the referendum campaign, the palace insisted the queen would remain impartial.

But days before the vote, she did tell a well-wisher: "I hope people will think very carefully about the future," after attending a church service in Scotland.

After the referendum, the queen urged Scots to come together "in a spirit of mutual respect". 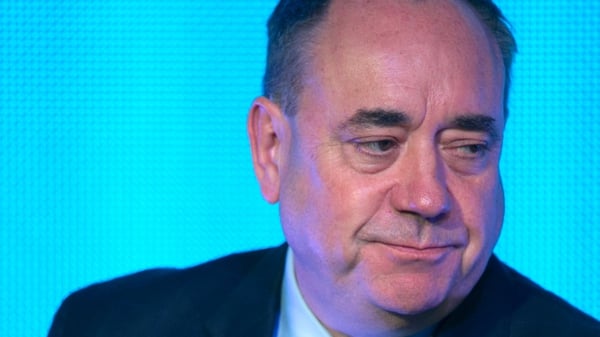