President Barack Obama plans to ask US congress to approve his request for $88m (€68m) to fund a major Ebola offensive in West Africa that would include greater military involvement.

According to the Wall Street Journal President Obama is due to outline his plan on Tuesday during a trip to Atlanta, Georgia.

The initiative could include sending additional portable hospitals, doctors and health care experts, as well as providing medical supplies and training local health workers, the Journal cited people familiar with the matter as saying.

It is expected to have four components: controlling the outbreak where it emerged in West Africa; increasing the competence of the region's public health system, especially in hard-hit Liberia; building local capacity through enhanced health care provider training; and increasing support from international organizations such as the United Nations and World Health Organization.

"There's a lot that we've been putting toward this, but it is not sufficient," Obama's counter-terrorism adviser Lisa Monaco told the newspaper.

"So the president has directed a more scaled-up response and that's what you're going to hear more about on Tuesday."

"We think these measures, this enhanced response, will help us bring this under control," an administration official told the newspaper.

The Journal said Obama would seek commitments of funds, material and health workers during a world leaders summit at the United Nations next week to build a stronger international response.

The Ebola virus has killed more than 2,400 people since it erupted earlier this year, according to the World Health Organization.

Sierra Leone, Guinea and Liberia are the hardest-hit countries.

The World Food Program says it has stepped up its assistance to the three countries grappling with the worst-ever outbreak of Ebola. 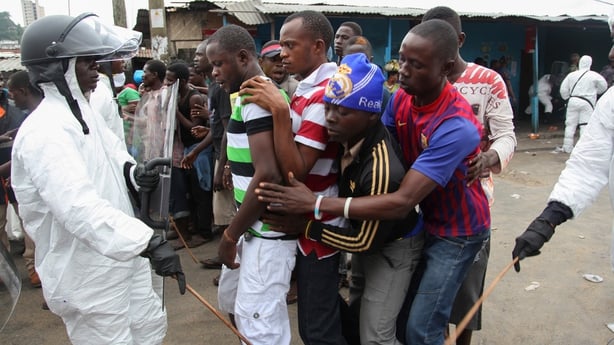 The Southeast Asian nation produces about 60% of the world's supply of latex medical gloves.

Health authorities say that a shortage of rubber gloves in affected African nations has led to more deaths and raised risks that the virus will spread among doctors and nurses.

"Malaysia can make a unique and vital contribution to the fight against Ebola because we are one of the biggest manufacturers of rubber gloves," a Malaysian government spokesperson said in a statement.

"We hope this contribution will prevent the spread of Ebola and save lives."