British Prime Minister David Cameron has said he would be "utterly heartbroken" if Scotland votes to leave the UK.

Mr Cameron issued a warning that Thursday's referendum is a "once and for all" decision as he made a last-ditch trip north to urge voters to save the union.

Speaking in Aberdeen, the prime minister warned that if Scots vote for independence it would result in a "painful divorce".

He said: "On Thursday, Scotland votes, and the future of our country is at stake.

"On Friday, people could be living in a different country, with a different place in the world and a different future ahead of it.

"This is a decision that could break up our family of nations, and rip Scotland from the rest of the UK.

"And we must be very clear. There's no going back from this. No re-run. This is a once-and-for-all decision.

"If Scotland votes Yes, the UK will split, and we will go our separate ways forever.

"Independence would not be a trial separation, it would be a painful divorce."

The British Prime Minister said the country had "only become Great Britain because of the greatness of Scotland".

He said: "I speak for millions of people across England, Wales and Northern Ireland - and many in Scotland, too who would be utterly heartbroken by the break-up of the United Kingdom.

"Utterly heartbroken to wake up on Friday morning to the end of the country we love."

Scotland's First Minister Alex Salmond has claimed that Mr Cameron's "fingerprints are all over a scaremongering" No campaign.

Mr Salmond hit out during a meeting with Scottish business leaders at Edinburgh Airport. 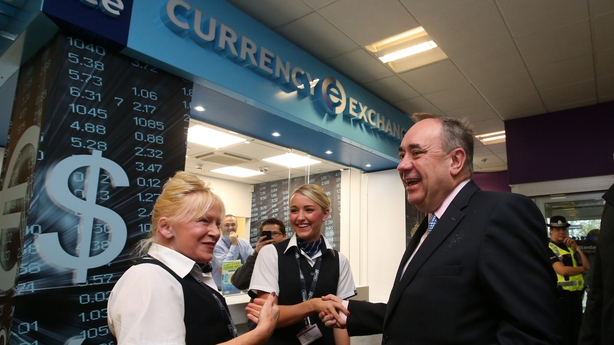 He also repeated his allegation that the British Treasury leaked information to the media over RBS plans to relocate its headquarters to England if there is a Yes vote.

His comments come after a number of banks, businesses and leading retailers voiced their concerns over independence.

Voters will decide the future of Scotland when they go to the polls on Thursday.

When Mr Cameron addressed financial services workers last week, he told them it would break his heart if Scots voted Yes and split apart the UK "family of nations".

With just three days of campaigning left, political leaders on both sides of the debate will be intensifying their efforts in a last-gasp attempt to win over undecided voters.

Thousands of people have supported a last minute rally in central London where celebrity campaigners urged voters north of the border to stay part of the UK.

TV historian Dan Snow who organised the event was joined by activist Bob Geldof and comedians Eddie Izzard and Al Murray to give passionate speeches about the union, with just days to go until Scotland decides on independence.

Mr Geldof, an Irish man and long-time resident of England, said the United Kingdom was "one of the greatest ideas ever invented for the modern age".

He also said: "I'm Irish... I couldn't make a go of it there. I came to this amazing country. .. I owe my life. I have that immigrant's gratitude to this country. Being here is part of the payback."

"There is such a thing as a big glorious 'No'," Mr Geldof told the rally. "It's a family and we love each other."

The speakers were cheered along by crowds at a bursting Trafalgar Square which was awash with Union flags.

Mr Snow, whose referendum campaign Let's Stay Together has drawn endorsements from dozens of high profile figures, said the rally was to show Scotland "that England  cares".

Referendum will not undermine NATO - Rasmussen

Meanwhile, NATO Secretary-General Anders Fogh Rasmussen has said he did not believe this week's referendum would undermine Britain's contribution to the alliance whatever the result.

"Without interfering with the debate leading up to the referendum, I don't see that any outcome of the Scottish referendum will have an impact on the UK's contribution to NATO," Mr Rasmussen said in response to a question at an event hosted by the Carnegie Europe think tank.

If Scots vote for independence, the country would have to apply to join NATO, but he could not say how long that process would take.

"If a new independent state wants to become a member of NATO, it will have to apply for membership of NATO, and such an application will be addressed in exactly the same way as all applications are dealt with, and eventually it will require consensus, unanimity, within the alliance to accept a new member of our alliance," Mr Rasmussen said. 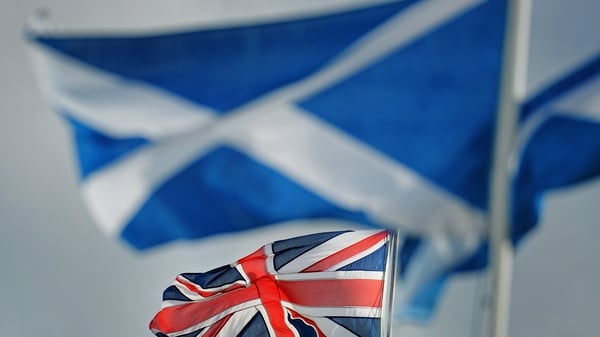