Ashya King is undergoing his first tests at a Czech clinic as doctors prepare him for proton treatment.

The five-year-old brain tumour patient has been admitted to the Proton Therapy Centre Czech (PTC) in Prague.

A spokeswoman for the hospital said: "He will be undergoing the first MRI examination and a special mask (will be prepared) for his head.

"This will be used for fixing him in the same position during the treatment every day.

"He will be put asleep before that and he will wake up after noon."

Ashya arrived in the Czech Republic after a protracted legal battle over his care that saw his parents arrested in Spain and separated from him for several days.

Brett and Naghmeh King triggered an international police pursuit when they removed Ashya from Southampton General Hospital on 28 August.

They were desperate for him to be given the proton therapy, which they said was not available to them on the NHS.

Speaking after arriving in Prague, Mr King said they were "just so happy to be here".

He said: "This is what we wanted from the beginning. Things went from bad to worse at one stage.

Ashya will undergo tests ahead of the possible proton treatment next week, according to reports.

It is expected to last for around five weeks, with the boy staying at Motol hospital and travelling to the clinic each day. 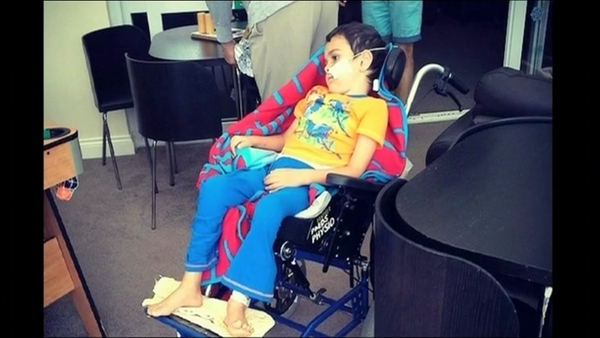