Last October, the amount of private health insurance that qualified for tax relief was limited by Minister for Finance Michael Noonan to €1,000 for an adult and €500 for a child.

At the time, it was claimed the changes would affect only 'gold-plated' health policies but it affected most policies and is seen as having contributed to people cancelling or reducing their cover.

The prospect of no immediate increase in stamp duty by Minister for Health Leo Varadkar may also be agreed to encourage insurance firms to hold their prices in 2015 as low as possible.

The minister is awaiting a report from the Health Insurance Authority, on what risk equalisation rates and stamp duty charges should apply to private health insurers next year.

The Risk Equalisation Scheme is designed to be Exchequer neutral and is not a tax but a measure to equalise claims costs in the market.

The report, which is required under statute, will be submitted by the Authority shortly and will outline the issues in the private health sector over the past year.

Today the minister said he wanted to stabilise health insurance premiums, or at least reduce the rate of increase.

A range of proposals, including discounts for young people, are then expected to be brought before Cabinet by Mr Varadkar, with some proposals requiring legislation.

Any change in tax relief for subscribers would be a matter for the Minister for Finance and would be announced in the Budget next month.

The Consultative Forum on Health Insurance, chaired by Pat McLoughlin, is also due to issue further recommendations to the minister who has held preliminary discussions with the group.

Private health insurers may be asked to freeze their price rises, in return for a freeze on increases in stamp duty rates, which fund risk equalisation to prevent cherry picking by companies.

As Vhi Healthcare is the current main beneficiary of the scheme, any freezing of rates would most likely benefit other competitors, and negatively impact on Vhi, particularly given that its client base is ageing.

Vhi has 80% of those aged over 80 years in the private health insurance market.

Also, 65% of the total claims paid in the market were paid by Vhi last year.

This compares with Laya, which paid 17% of total market claims were Aviva paid 12%.

Briefing papers for the Minister for Health on his appointment, say that discounts for young adults up to the age of 24 are to be introduced from 2015.

This is intended to deal with the dramatic price increases currently experienced when student rates no longer apply, usually after the age of 21.

Meanwhile, officials are working to finalise regulations for the introduction in 2015 of higher premiums for late entrants to the private health insurance market and incentivise people to take out insurance at a young age.

This lifetime community rating measure was announced by former Minister for Health James Reilly just before he moved to his new portfolio.

The number of people with private health insurance has been reducing in recent years and currently there are just over two million people covered, compared with a peak of 2.3 million in 2008. 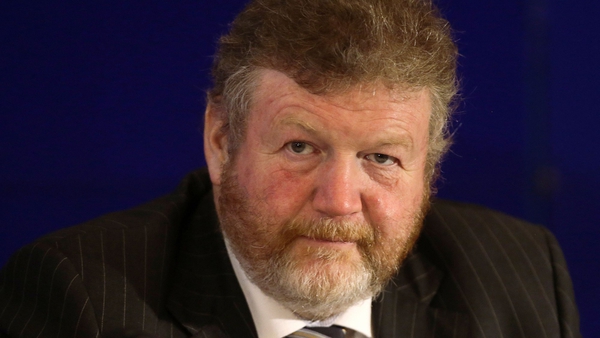