Work on building the controversial Poolbeg incinerator could start before the end of the year following a recommendation from Dublin City Council management that the €500m development should go ahead.

A report issued today by the council's chief executive Owen Keegan states that the waste project is needed and makes commercial sense.

Plans for a Poolbeg incinerator, which date back to 1996, have been consistently opposed by local politicians because of its size and its central location.

The plan has also been dogged by controversy, criticism of financial management and cost overruns including €30m spent on consultants and over €50m on land, now valued at just €6m.

But in his report Mr Keegan points out that it would cost the four Dublin councils over €100m to scrap the Dublin Waste to Energy project because of the money already spent and compensation that would have to be paid to the private partners Covanta. 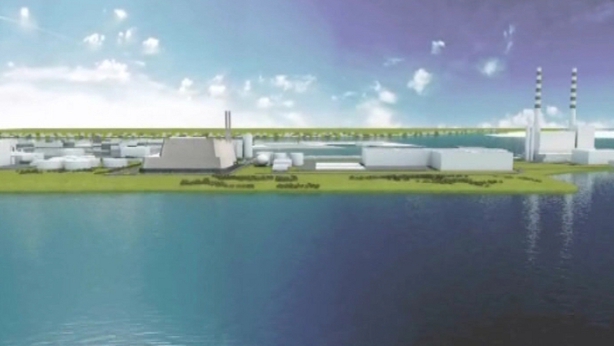 He also says the project is badly needed as around 500,000 tonnes of waste has to be exported annually due to the shortage of facilities here.

The plan is likely to be opposed by city councillors at a special meeting next Monday but they do not have the power to stop it.

The council's Chief Executive Owen Keegan says he will listen to their views before making a decision next week.

But it is considered likely that he and the chief executives of the other local authorities in Fingal, South Dublin and Dún Laoghaire/Rathdown will give the go ahead.

Covanta would be paying the €500m to build and operate the incinerator at Poolbeg with Dublin local authorities having to pay just €5m more for a company to oversee the development and for initial site clearance.

The incinerator, which could be built by the end of 2017, would burn 550,000 tonnes of waste a year and generate enough electricity to power 80,000 homes.

The report also says that construction would create 300 jobs with 100 operation jobs created on completion.

Under the revised project agreement, the council would have to guarantee a certain amount of income for the first 15 years and would have to pay 58% of any shortfall and get 54% of any profit.

But projections by PwC based on income from the sale of electricity and just 50% of the increase in waste predicted by the ESRI found that the risk is low.

The project's final hurdle - a value for money audit by the National Development Finance Authority - was cleared yesterday.

Critics of the project, which include local residents, a majority of city councillors and some private waste operators, have complained that the size of the plant is too big to be commercially viable and will cost the council money.

Green Party Councillor Ciarán Cuffe has called the reports prepared for the council as "deeply flawed and lacking in transparency."

In a statement Mr Cuffe said "far from being required to deal with Dublin's own waste, the project can only hope to be marginally viable if it burns the majority of the residual waste generated in the whole country."

Concerns about pollution and size of facility

The Irish Waste Management Association representing private waste companies complained to the Competition Authority claiming the size of the plant would distort the market and hurt recycling rates with waste being sent for for incineration instead.

There are also concerns about pollution, about the visual aspect of the building, which would be the size of Croke Park, and about the impact of the number of refuse trucks arriving at the plant.

Dublin City Council says all these concerns were examined by An Bord Pleanála before it granted planing permission.

The EU Commission also cleared the project of allegations it had breached rules on procurement and State aid.

The EU did uphold a complaint about the consultants contract for RPS, which was originally estimated at €8m but cost over €30m, as the project faced 10 years of delays.

The EU found that the contract should have been put out for tender again in the interim.

There were also complaints about the land purchases, which cost more than €50m for a site now valued at €6m.

Over €22m was paid for new premises for Westway Terminals Hibernian Ltd, which was moving from its original site in Ringsend to facilitate the development of the incinerator.

The original contract was for just under €12m.

But today's report points out that these costs - totaling over €100m - would have to be paid now if the incinerator was scrapped.

Up until now that money has been carried over on the city council's accounts.

But if it goes ahead the councils would earn at least €30m and up to €155m over the life of the 45-year project based on a cost analysis by PwC.

The opposition of then-Minister for Environment and local TD John Gormley was another delay for the project as it had to wait on a foreshore licence.

Site clearance works had to stop and then Covanta lost its funding opportunity. There were further delays because of complaints to the EU.

Figures in the report compiled by RPS show that even if the plant goes ahead, and recycling targets are met and the increase in waste is only half that predicted by the ESRI, there will still be nearly 500,000 tonnes of municipal waste left over in 2020. 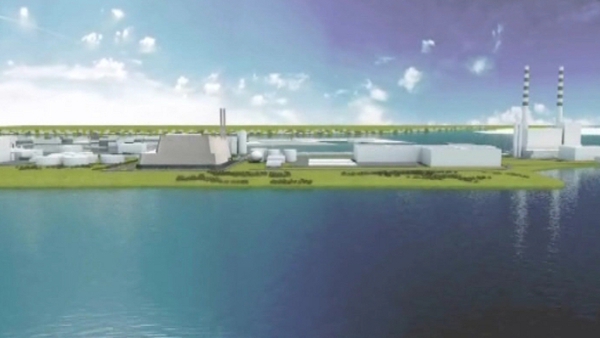