Hundreds of farmers have gathered in Castlerea Co Roscommon tonight, for the second regional meeting organised by the Irish Farmers Association to discuss the ongoing beef crisis.

Many of the farmers had earlier blockaded the Lidl supermarket in the town.

They were highlighting their anger and frustration over what they say is market manipulation and unfair treatment by the supermarkets and the meat factories.

Earlier, Meat Industry Ireland (MII) said it hopes to meet soon with farmers in a bid to end dispute over the falling beef prices.

Speaking on RTÉ’s Morning Ireland Chairperson of MII, Ciaran Fitzgerald, said he recognised farmers had injured a tough year and that beef processors were willing to look at ways of increasing industry flexibility regarding the weight of the cattle they buy.

"We have indicated willingness to meet over the last three or weeks so as soon as possible, we will sit down and meet and the sooner we can do that the better.

"As I say, our main view would be that there are medium term trends here around lighter animals and lighter weights but in the short term to address concerns of farmers and the minister, we're prepared to look at some flexibility here," he said.

The news was welcomed by the Irish Farmers Association (IFA).

The IFA said it will meet with the MII but wants negotiations to be held in the beef forum and the Minister for Agriculture to regulate the outcome.

President of the IFA, Eddie Downey, said the cost of an animal has dropped by between €200- €300 euro in recent months. 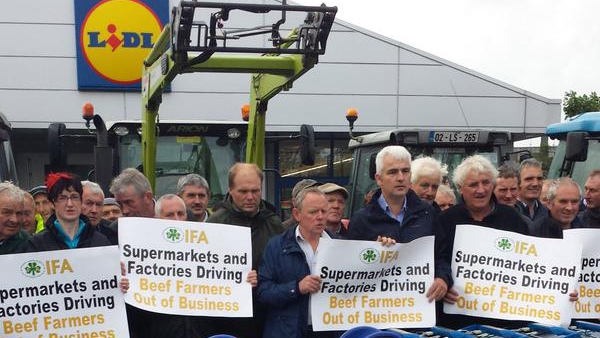