An eight-year-old child is among three people killed in an explosion that reduced half of a four-storey residential block in a Paris suburb to rubble, emergency services said.

Two women, one in her 80s, also died when the explosion ripped through the building in the north-eastern suburb of Rosny-sous-Bois shortly before 7am.

"Our house moved, we were trembling from fear," said Pauline, a neighbour who lives 100 metres from the collapsed building. The explosion was so loud that "our ears were ringing," she added.

Others ran out into the street to help victims.

Ghislaine Poletto, 55, who lives about 50m away, said she "jumped into her trousers" and hurried to the site where neighbours "managed to pull two children out".

One of the children was "protected by a mattress and a board above his head which saved his life," she said.

Firefighters said 11 people were injured, four of them seriously, while rescue workers continued to comb the site for six people who are still unaccounted for.

Gabriel Plus, a commander in the fire brigade, said the elderly lady had "died while we were extracting her from the rubble".

A gas leak was likely to have been the cause of the blast, which shook buildings up to 100m away, Interior Minister Bernard Cazeneuve and police said.

"I was scared," said 10-year-old Sara, who is due to return to school soon with two children who lived in the collapsed building.

Police noted that there were gas works on site, but would not say for certain they were the cause of the disaster.

GRDF, the gas company, told AFP that "no leaks had been reported previously" in the area.

"One hypothesis is that it is linked to the work of (electricity company) ERDF, which laid cables in the vicinity," a spokesman said.

Firefighters had earlier said that nine people were missing, but later discovered that three of those were not in the building when the explosion rocked the street.

A nearby school has been requisitioned by local authorities to host families hit by the blast.

Deputy mayor Serge Deneulin said the building dates to the 1970s and was "in perfect shape". 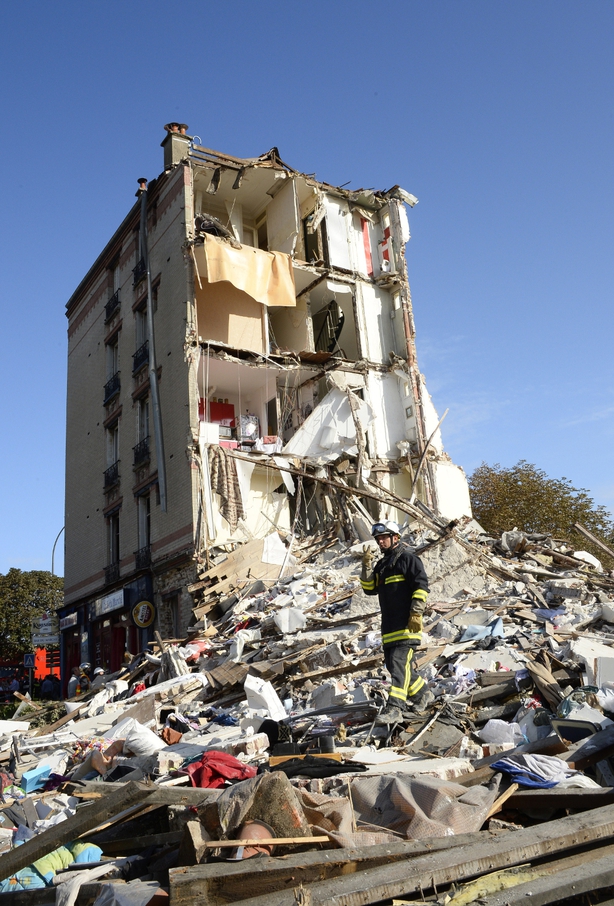