President Barack Obama has said the US "does not have a strategy yet" when it comes to defeating the Islamic State of Iraq and the Levant (ISIL) across the Middle East.

He said he had asked the secretary of defence Chuck Hagel and the Joint Chiefs of Staff to prepare a range of options.

Speaking at a press conference at the White House ahead of a meeting with the National Security Council to discuss strategy for the region, President Obama said there was a need to build a regional strategy but that the US could not do that alone.

President Obama said that "routing out a cancer like ISIL will not be quick or easy" but said he was "confident" that it could be done.

He said the violence witnessed recently in Syria showed that ISIL obviously had been given "a safe haven".

He also said he US secretary of state John Kerry will visit the region to meet with partners there.

He said there was a need to "cobble together" a coalition for a long-term strategy in the region, and that there would be a military aspect to that.

Later, a press secretary for the White House told US television he would like to clarify President Obama's comments about not have a strategy in place.

Josh Earnest said the president had "been clear for months about a comprehensive strategy for confronting ISIL" in general but that options were still being developed by the Pentagon. 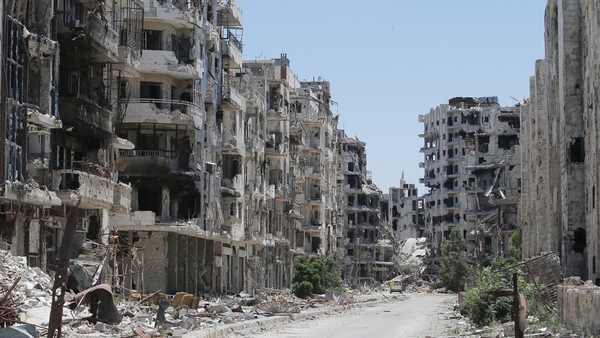