Israeli Prime Minister Benjamin Netanyahu has said Israel would respond more vigorously than before to even a "sprinkle" of rocket fire from Gaza.

His comments come after a deal on an indefinite truce with Hamas militants dominating the territory.

A day after the ceasefire deal ended a seven-week conflict, he told a news conference that Israel had dealt Hamas its toughest blow ever.

"We won't tolerate even a sprinkle of rocket fire at any part of Israel. We would respond even more vigorously than before," he added.

Mr Netanyahu also said that Hamas had achieved none of its demands in the truce.

"Hamas was hit hard and got none of its demands," Mr Netanyahu said.

"Hamas wanted a port and airport in Gaza, the liberation of Palestinian prisoners, the mediation of Qatar and Turkey and the payment of salaries for its employees."

Mr Netanyahu has faced strong criticism in Israel over the costly conflict with Palestinian militants in which no clear victor emerged.

Earlier today, a United Nations humanitarian aid convoy crossed into Gaza from Egypt for the first time since a blockade was introduced on the territory in 2007.

The convoy included ready-to-eat canned meat, canned beans, tea and dates, according to a statement from the UN agency in Geneva,

Another 10,000 parcels are to be delivered in the next few days.

Since the violence began in July, WFP has provided daily food rations to around 350,000 people in Gaza.

The organisation said it needs around €50m to continue its mission for the next three months.

Under the ceasefire deal reached yesterday, Israel will ease restrictions on the entry of goods, humanitarian aid and construction materials into Gaza.

Ending the blockade had been a key Palestinian demand in truce talks, with Hamas hailing the agreement as a "victory for the resistance". 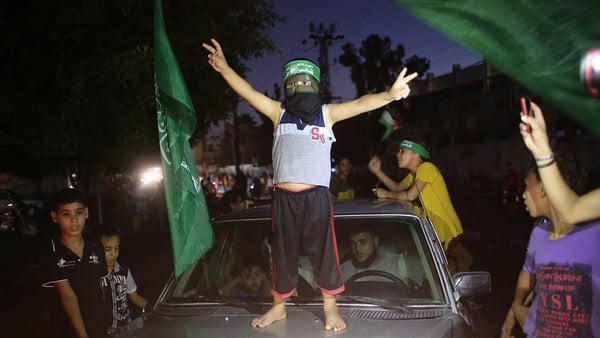 Main points of the Gaza ceasefire