France has been thrown into fresh crisis after President Francois Hollande told his prime minister to form a new government.

This followed a much-criticised show of insubordination by the economy minister.

Mr Hollande ordered Prime Minister Manuel Valls to form a new cabinet "consistent with the direction he has set for the country", the presidency said in a statement.

It did not give any reasons, but the move came after Economy Minister Arnaud Montebourg criticised the country's economic direction and ally Germany at the weekend in a move that angered Mr Valls.

This morning, Mr Valls offered the resignation of his government.

Mr Valls was asked to form a new team only four months ago.

He has continually had to reconcile policy differences between leftists such as Mr Montebourg and more centrist members of his Socialist-led government.

President Hollande's office said in a statement a new government would be formed tomorrow in line with the "direction he [Hollande] has defined for our country."

Mr Montebourg at the weekend said deficit-reduction measures carried out since the 2008 financial crisis were crippling the eurozone's economies and urged governments to change course or lose their voters to populist and extremist parties.

Finance Minister Michel Sapin acknowledged this month that weak growth would mean France missing its deficit-reduction target for this year but stressed the government would continue cutting the deficit "at an appropriate pace".

The weakness of the economy was a major factor in Mr Valls seeing his approval rating drop to a new low of 36% this month, while Mr Hollande remained the most unpopular president in more than half a century, an Ifop poll showed on Sunday.

Mr Valls was appointed to lead the government in a cabinet reshuffle in March, after the ruling Socialists suffered a bruising defeat in local elections. 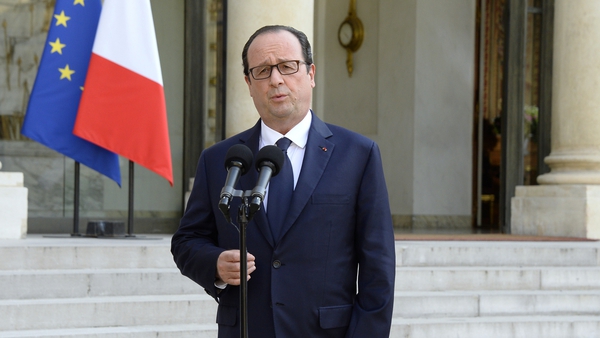