He added that searchers would not give up easily.

Flight MH370 vanished inexplicably en route from Kuala Lumpur to Beijing on 8 March, and there has been no sign since of the aircraft or the 239 people onboard.

It is believed to have crashed into the southern Indian Ocean far off the west coast of Australia, but a massive air and sea search failed to find any wreckage while an underwater probe gave no answers.

Experts have now used technical data to finalise the most likely resting place of the plane deep on the ocean seabed and are preparing for a more intense underwater search to find it.

"They are now going to search the entire probable impact zone which is, from memory, something like 60,000 square kilometres of the ocean floor, off the coast of Western Australia," Mr Abbott told the Australian Broadcasting Corporation.

Mr Abbott said authorities "did the best we could with the equipment available" in the first stage of the search in harsh and remote seas.

He said the next stage, the deep-water search for which Australia has engaged Dutch firm Fugro Survey, would start "in the next month or so" and could take up to a year.

Mr Abbott has repeatedly said Australia will do its utmost to find the plane and help determine what went wrong with the Boeing 777 to provide closure to the families of those onboard and the flying public generally.

"And we've got a long way to go before we're going to give this one up."

Six Australians were onboard MH370, with the majority of passengers from China.

The sea floor search will use sonar equipment and video cameras to locate and identify any debris. 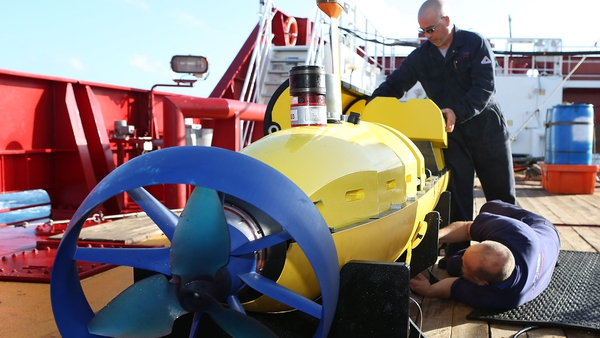