A post-mortem examination on body parts found at a recycling plant in Dublin has established the man's body was dismembered.

Gardaí confirmed that further body parts have been found but said "we will not be disclosing these in detail".

The search of the site at Thornton's recycling plant on Killeen Road in Ballyfermot has concluded.

Detectives said they have yet to establish the cause of death, but further forensic testing and DNA analysis is being carried out.

Officers are following 300 lines of inquiry and have taken 250 statements.

They believe the man may have died four or five days before a leg and foot were discovered at the facility on 31 July.

Gardaí are making a renewed appeal for information as part of the investigation.

There is evidence that he underwent neurosurgical treatment in the past and he had neurosurgical screws on each side of his skull.

They have appealed to consultants or doctors who may have cared for or treated the man to come forward.

Gardaí said: "There is evidence that this male underwent bilateral craniotomies (surgery arising from serious head trauma, such as a car accident or a serious assault).

"It is possible that the patient may have suffered neurological problems in the aftermath of these surgeries, such as seizure or epilepsy."

Anyone with information can contact Ballyfermot Garda Station on 01-6667200 or their local garda station. 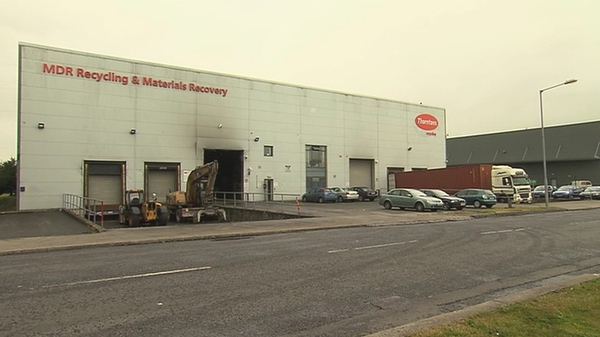 Body parts found at Dublin plant belonged to a man