Canada will donate 800 to 1,000 doses of an Ebola vaccine it has developed to the World Health Organisation for use in Africa, Canadian Health Minister Rona Ambrose said today.

It comes after the WHO ruled that it is ethical to offer unproven drugs or vaccines as potential treatments or preventions for the Ebola virus.

The fatalities include 52 deaths recorded between 7 and 9 August in the four West African countries at the centre of the epidemic - Guinea, Liberia, Sierra Leone and Nigeria.

Medical experts from around the world took part in WHO-hosted discussions yesterday to draft guidelines for using non-authorised medicines in emergencies such as Ebola.

Meanwhile, an ECOWAS official has died from Ebola in Nigeria, bringing the total number of deaths in the country from the virus to three.

The ECOWAS (Economic Community of West African States) Commission announces with deep regret the passing of a staff member of its Lagos Liaison Office, Mr Jatto Asihu Abdulqudir, aged 36," it said in a statement.

"Mr Abdulqudir, a protocol assistant, was among those who assisted the Liberian delegate to a regional meeting Mr Patrick Sawyer, who died from the Ebola Virus Disease at a Lagos hospital on 25 July 2014."

The official had been quarantined since Mr Sawyer was confirmed as having Ebola. 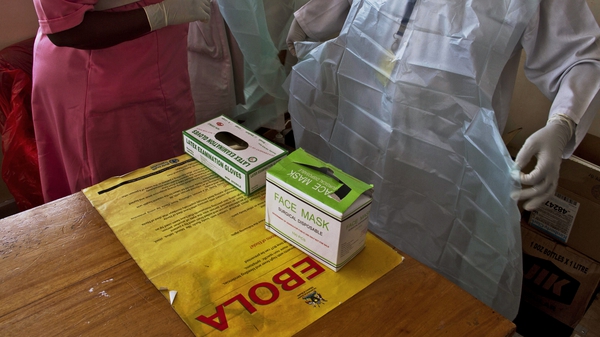