Irish Water has defended its operating costs, after a report for the regulator found that the costs of the new utility company are almost twice the average of utility companies in England and Wales.

Irish Water spokeswoman Elizabeth Arnett said that as a start-up company, Irish Water faced a number of challenges that more established companies do not face.

Speaking on RTÉ's Morning Ireland, she said: "(In Ireland) we've been under-investing in water services for decades now and we have a system that doesn't have the sort of advantages that they have in the UK where they've been investing properly for decades.

"So we haven't got the sort of modern system that we would like to have throughout the network.

"That requires an additional level of staffing.

Ms Arnett said that the utility companies in England and Wales have been up and running for 25 years, and the model was that as a utility became established, costs come down and services improve.

"As a utility matures, there is a regulated process that reviews costs on a regular basis, particularly operating costs, and removes costs out of the industry and at the same time, improves the standard of service of delivery for customers - that's at the heart of the utility model."

She said the first review of Irish Water's costs had demanded a 14% reduction in costs. This would pose a challenge, but would have to be met, she said.

"We are a start-up utility, we are not 25 years down the road as they are in the UK. So when you compare a start-up with a mature utility, you see where the start-up needs to get to and that's the main reason why Irish Water has been established."

Ms Arnett also defended salary costs, which were found to be almost three times those in England and Wales, saying Irish Water had entered into service level agreements with local authorities, which had to be met.

On the issue of charges, she said that medium and low water users would be able to stay with the €230 bracket per annum, as metering would allow people to monitor and regulate their water usage. 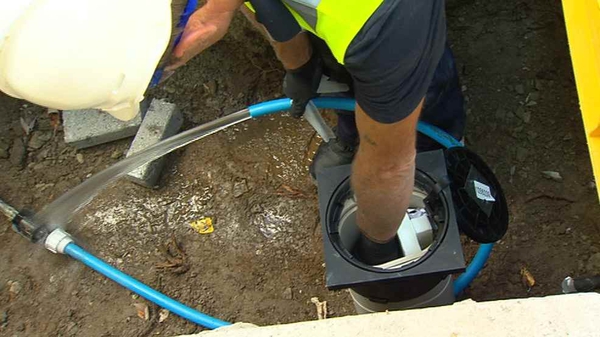