A 14-year-old Indonesian girl thought to have died in the 2004 Indian Ocean tsunami has been found alive and returned to her family.

Raudhatul Jannah was said to have been swept away by the tsunami when she was four-years-old.

She and her elder brother, Arief Pratama Rangkuti, were separated from their family when flood water inundated their home in Meulaboh, in Muslim majority Aceh Province.

Jannah, who said she floated on a plank with her brother, was later picked up from the water but Rangkuti was nowhere to be seen.

"The only thing I could remember is we (Jannah and brother Areif Pratama Rangkuti) were chatting as we rested on a board, after a while people came to help and the next thing I knew I was on land but my brother was still on the board," Jannah told Reuters news agency.

She was found nearly 80 miles south and raised by an elderly woman, named Maryam.

"The foster family has allowed us to take her back but we also want to take her foster grandmother to live with us. As a mother I know how that feels, they have been living together for ten years and I can't just separate them. I need to care about how they feel. So we cannot split them immediately" said Jannah's mother, Jamaliah. 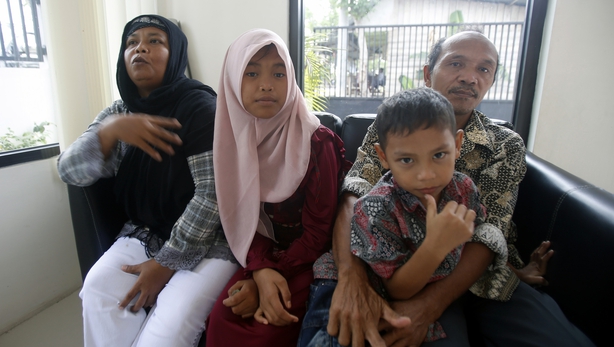 The family has no plan to conduct a DNA test to verify the child's identity at the moment as her family is very sure that she is the daughter they lost, based on her childhood photos.

"It's a mother's instinct, when I saw Wenni I knew she was the one and we also saw her photos from childhood when we picked her up, that's her," said Jamaliah.

In 2011, a 15-year-old girl Wati, who was swept away by the tsunami, was reunited with her family after seven years.

Aceh was the closest point to the epicentre of the Indian Ocean tsunami where at least 170,000 were killed.