Flags flew at half mast as Australia held a national day of mourning for those killed in the MH17 crash in Ukraine, a day after experts suspended the search for body parts.

Australia lost 38 citizens and residents, including children, when the Malaysia Airlines plane from Amsterdam to Kuala Lumpur was shot down over eastern Ukraine on 17 July, killing all 298 on board.

Church bells chimed around the country as a memorial service was held at St Patrick's Cathedral in Melbourne, chosen as 16 of the Australians who died were from Victoria state. 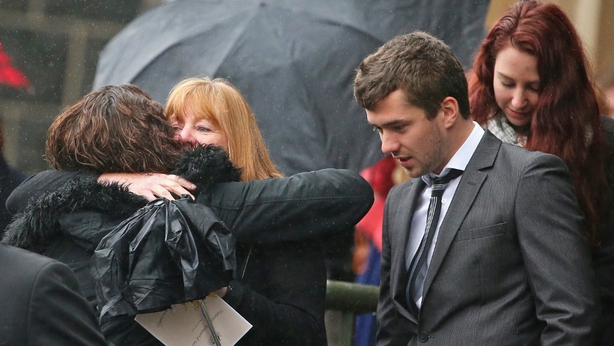 Melbourne was also the host city for the 20th International AIDS Conference with six delegates heading to the summit among those killed.

Grieving families were joined in the cathedral by dignitaries including Prime Minister Tony Abbott and Governor-General Sir Peter Cosgrove.

Mr Abbott told the service that the families of those who died had gone through an unimaginable nightmare.

"Their plane had been shot out of the sky and 298 innocent people murdered, including 38 men, women and children who called Australia home," he said.

"There will be a time to judge the guilty, but today we honour the dead and we grieve with the living.

"We cannot bring them back, but we will bring them home, as far as we humanly can."

Australia has committed hundreds of police, defence and other officials to the task of repatriating the Australians who died, but it suffered a setback when the search was called off yesterday.

So far, 228 coffins with human remains have been flown to The Netherlands, which suffered the most casualties in the crash and where the painstaking identification process is taking place.

Former Australian defence force chief Angus Houston, who is coordinating the Australian response to the disaster, said the teams on the ground had achieved much of what they set out to do.

"When search and security conditions improve, we will conduct a final inspection to ensure that we have recovered all identifiable remains," he said.

"We are committed to honouring the victims of flight MH17 and seeking to give their loved ones the closure they deserve."

Meanwhile, Ukraine said it had ended a ceasefire around the crash site a day after international observers announced they were halting investigations there over continued fighting.

Ukraine's government said in a statement that the Dutch-led inquiry team was told that the ceasefire around the rebel-held site had been ditched until experts decide to return to resume their search for clues and remains. 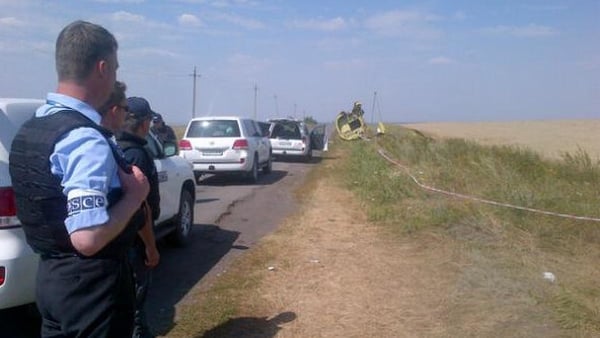