A ceremony was held in Dublin this evening to remember one of the first Irishmen to die in World War I.

A special plaque was unveiled to Joseph Pierce Murphy, who was 25 years old when he died 100 years ago today.

He died when the HMS Amphion sank in the North Sea.

Murphy along with about 150 crewmen, including 15 other Irishmen, died after the ship hit a German mine.

The British Ambassador and Dublin's Deputy Lord Mayor joined members of the Defence Forces and the Royal British Legion along with Murphy's relatives to remember him and his shipmates. 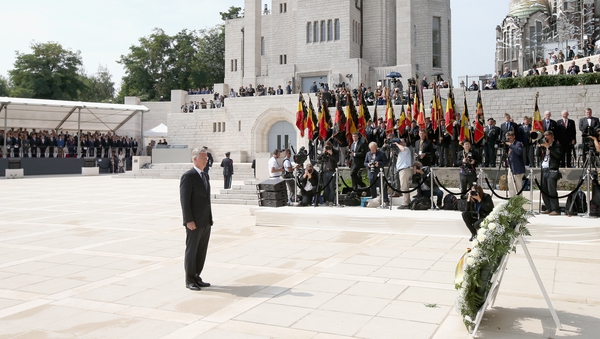