Even historians still cannot agree on how the First World War began, writes Conor Mulvagh of the School of History and Archives at University College Dublin.

They can broadly agree on what factors were involved but ascribing relative importance to a myriad of long-term and more immediate causal factors has kept academics, veterans, and politicians writing and talking for an entire century.

Long-term causes may actually have had a stronger bearing on the systemic causes of the conflict but attention must first focus on the sequence of events that led from Sarajevo to the outbreak of continental war.

Since a coup in 1903, Serbian nationalists had been working towards the creation of a greater Serbia.

The Balkans had been embroiled in two separate wars between 1912 and 1913 and, ever since the break-up of the Ottoman Empire, the region had been in a near-permanent state of instability and tension.

Bosnia Herzegovina had been annexed by Austria-Hungary in 1908 and Franz Ferdinand was in Sarajevo on 28 June 1914 to inspect Austro-Hungarian troops in the region.

Gavrilo Princip had been part of a team of operatives plotting assassination on 28 June 1914. 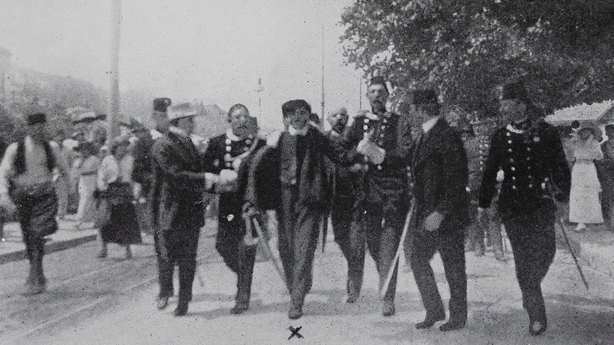 Feature: Franz Ferdinand, Gavrilo Princip and the shots that led to WWI

They were organised and directed by Dragutin Dimitrijevic, alias Apis, the head of Serbian Military Intelligence and simultaneously leaders of the Black Hand, a secret society committed to achieving a greater Serbia through physical force.

Princip and several of his co-conspirators were arrested and interrogated following the assassinations.

In close consultation with their German allies, Austria-Hungary drafted a list of demands, an ultimatum to be sent to Belgrade.

The terms of the ultimatum were deliberately intended to be harsh.

With the loss of Archduke Franz Ferdinand, hawks held sway within the Austro-Hungarian military and government and a majority wished to force Serbia into a war with Austria-Hungary. 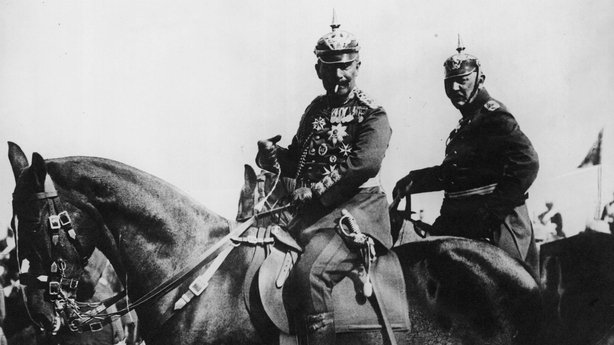 Policy makers in Vienna were able to act with great confidence after 6 July when the German Chancellor gave assurances that Berlin would ‘faithfully stand by Austria-Hungary’ as per the terms of its pre-existing alliance.

This so-called blank cheque was a major step in transforming a regional crisis into a continental conflict.

More generally, the deep-rooted European alliance system was a factor in sucking in otherwise uninvolved parties into the dispute between Vienna and Belgrade.

Alliances bound Britain, France, and Russia together in mutual support while Berlin and Vienna also enjoyed a mutual defence pact of their own.

Underneath this was an even more complex web of alliances and treaties with smaller powers stretching right back into the 19th century.

Returning to the immediate July crisis, on 23 July, Austria’s ultimatum was delivered to the Serbian foreign ministry.

Serbia was given two days to respond to the ultimatum.

It duly replied accepting all aspects of the ultimatum bar one: the participation of Austro-Hungarian agents in the Serbian investigation into the assassinations in Sarajevo.

Serbia argued that this would be a violation of its constitution.

Upon reaching this impasse, Austria-Hungary declared war on Serbia on 28 July, exactly a month since the assassinations.

At this point, we must look towards systemic factors – namely alliances, war-plans, and train time tables to explain how, in the space of a week, a two-state conflict in the Balkans had brought the whole of Europe to war.

As the historic protector of the Slavs, Russia immediately began to mobilise its armies onto the borders of Austria-Hungary following the declaration of war against Serbia.

In much the same way as Berlin had reassured Vienna of its support on 6 July, in the days leading up to the declaration of war against Serbia, France had made concrete reassurances to Russia that Paris would stand by its ally in the event of a conflict.

The alliance system was working, and states utterly devoid of Balkan interests were now preparing to mobilise for war. 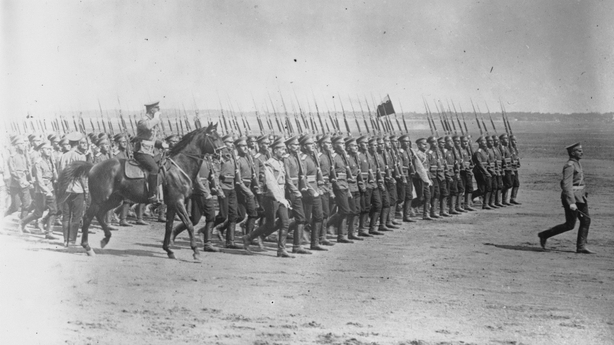 Russian infantry on patrol in 1914

A country the size of Russia did not mobilise easily and, once mobilisation began, it built up a momentum all of its own.

In this way, things as trivial as train timetables meant that the process could not be stopped once it had been started.

In the interim, Germany had been refused permission to pass through Belgium as its route to the invasion of France.

Britain judged this to be a violation of the 1831 Treaty of London which guaranteed Belgian neutrality.

As such, Britain went to war, ostensibly in defence of Belgium, on 4 August.

In unavoidably curtailed form, this is the bizarre sequence of events that led from an assassination in Sarajevo to the first truly global conflict of the 20th Century.

Although this shows a clear and explicable path to war, it is only half the story.

Long-term factors which filled the powder keg that eventually exploded at the end of July 1914 abound.

The alliance system has already been discussed extensively, it is often forgotten that the Tsar, King George V, and Kaiser Wilhelm were all cousins and, despite their ties of blood, the alliance system drove their respective governments to declare war on one and other. 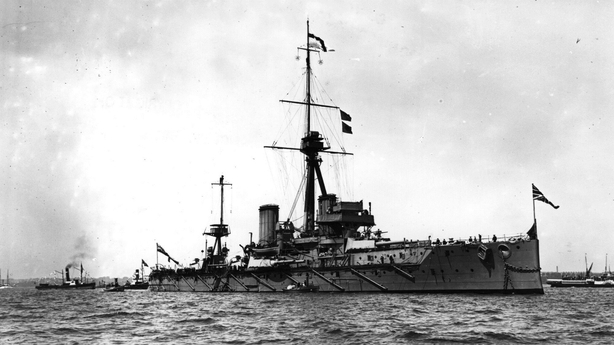 However, one other cause deserves special attention: the advances in industry and technology that brought Europe closer to war in the years leading up to 1914.

Anglo-German competition over the construction of naval vessels, specifically the new and highly prized dreadnaughts was just one in a series of advances that meant that a stockpile of all the materials of war, from field artillery to bandages and bullets, had been amassed by opposing sides in Europe for years before the outbreak of the world war.

Germany was conscious that, if it wished for a showdown with Russia, it would have to do so before the Tsarist Empire had had time to reform and reequip its massive but technologically outdated army.

Similarly, Britain saw the opportunity in 1914 to go to war with Germany at a point when the naval balance between the two empires was favourable.

These factors cannot be ignored in explaining the outbreak of a conflict where artillery and industry proved decisive for all sides in a way that changed utterly the face of warfare.

Remembering World War I does not necessitate revering it nor does it excuse any harking back to anachronistic jingoism and claims that this was a war for freedom.

It was quite clearly a war for power. It was a war of opportunism between rival empires and colonisers which eventually sucked in peoples and nations as far removed from any prior involvement in Balkan affairs. 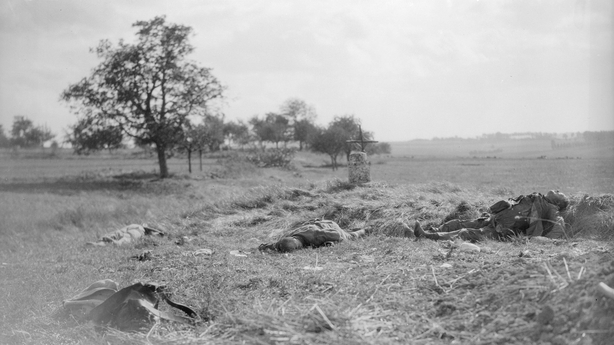 It left 37 million casualties in its wake including millions who carried injuries and deformities that stayed with them for the rest of their lives.

It defined a generation; it even defined a century. In remembering, we should strive to understand how the conflict began and how it persisted.

However, the "why" is a much more important, and elusive, question than the "how" or "what" of World War I.

Education and understanding are the best possible outcomes of commemoration and it is towards these goals that we should strive as we look back on our shared but often antagonistic and contested histories of a century ago.