The two leaders met at Hartmannswillerkopf to remember the 30,000 soldiers who lost their lives in World War I battles around the rocky peak in France's Alsace region, near the border between the two countries.

In speeches, Mr Hollande and Mr Gauck noted the sacrifices made and celebrated their countries' friendship and the construction of a peaceful Europe after World War II.

Last year the two heads of state walked hand in hand to a monument in the central French village of Oradour-sur-Glane.

Oradour-sur-Glane was where SS troops massacred 642 people on 10 June 1944 in the worst Nazi atrocity in occupied France.

Mr Gauck was the first German leader ever to visit the village.

They also laid the foundation stone for the first museum jointly conceived by historians from both countries.

The museum will tell the story of the fighting on the mountain known as "The Eater of Men".

Mr Hollande's office said " the events "testify to the strength of the friendship between the two countries which allows them to look together at their common history, including at what has been the most dramatic."

The symbolism is all the stronger as 3 August 1914 "opened a period of 30 years of conflicts, bitterness, massacres and barbarity between France and Germany," the Elysee added.

Meanwhile, descendants of the first two French and German casualties of the war gathered in the northeastern French border town of Joncherey yesterday.

They attended a ceremony marking the centenary of their deaths, which occurred on the eve of Germany's declaration of war on France when German troops on a reconnaissance mission fired on French soldiers.

In Liege tomorrow, a service to mark 100 years since the German invasion of Belgium will be marked.

It will be attended by members of the Belgian and British royal families as well as other heads of state and government, including Mr Hollande and Mr Gauck and President Michael D Higgins.

London will also hold events in the coming days to mark the centenary of Britain's declaration of war on Germany.

The four-year conflict that became known as the Great War left 10m dead and 20m injured on the battlefields.

Millions more perished under occupation through disease, hunger or deportation. 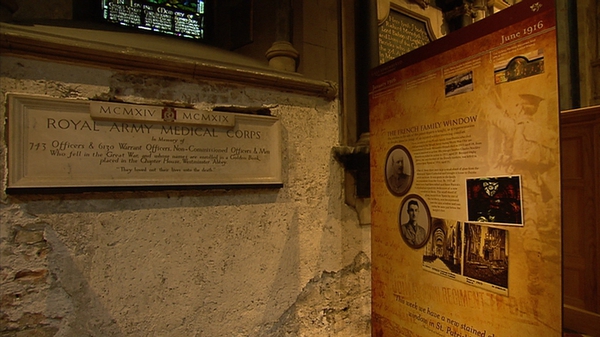