The company argues that the temporary pay cuts ranging from 1.7% to 6.1% are essential to secure the viability of the company - a view endorsed by the Labour Court in a previous ruling.

However, the NBRU and SIPTU have both voted to reject various proposals for cuts in four separate ballots.

Other unions have accepted the latest proposal.

Iarnród Éireann has said it will implement the pay cuts from Sunday 24 August.

NBRU General Secretary Dermot O'Leary said members had voted overwhelmingly in favour of industrial action up to and including all out strike action.

He said that if the company proceeds with the pay cuts NBRU members will stage a two-day strike beginning on Sunday 24 August.

They will then mount two further one-day stoppages on 7 September and 21 September.

SIPTU members have already voted to take industrial action but stopped short of backing an all out strike.

They begin a work to rule on 24 August and will stage a one-day stoppage on 25 August.

The original restructuring programme put forward almost two years ago sought savings of €33m, and the temporary pay cuts would have lasted for 45 months.

The latest diluted proposals would see the savings target down to €16.9m, and the duration of the pay cuts shortened to 25 months.

The NBRU has said it is still available for talks with Iarnród Éireann.

Speaking on RTÉ's News at One, Mr O'Leary said his members had a complete lack of trust and confidence in those in charge of running the railway company.

Iarnród Éireann said it regretted the decision by NBRU members for industrial action.

But said the pay cuts are "unavoidable" and urged members not to undertake any action that disrupts services as such action "will lead to greater loss to employees, to customers and to the company, with potentially disastrous consequences". 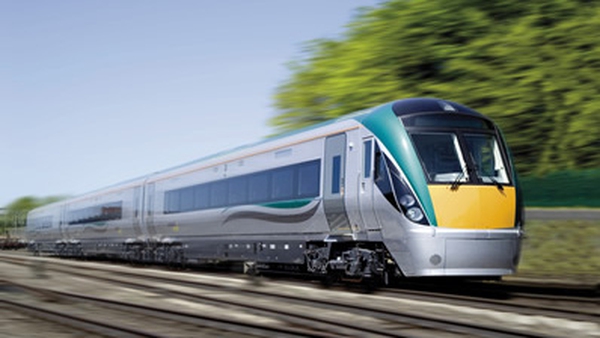