Minister for Health Leo Varadkar has said the outgoing Secretary General of the Department of Justice, Brian Purcell, has contractual rights and these may relate to him keeping his €200,000 a year salary.

The minister said he had not read the report into the Department of Justice published yesterday, but hoped to do so at the weekend.

In the wake of the report, Mr Purcell offered to be reassigned to other duties in the public service.

A successor is to be recruited through open competition, which will take about two to three months.

Mr Varadkar also said he did not think it necessary for the Taoiseach Enda Kenny to go before the Justice Committee to go over the events that led to the resignation of former garda commissioner Martin Callinan.

He said that a Commission of Inquiry was under way under Justice Nial Fennelly and should be allowed to continue.

Meanwhile, Minister for Justice Frances Fitzgerald has announced the commencement of the recruitment process for the post of garda commissioner.

It is expected that the new commissioner will be appointed by the end of the year.

He said given the centrality of his role in the resignation of Mr Callinan, there are lots of questions to be answered.

He said there cannot be many positions that on the back of such a decisive report, one could simply request to be moved somewhere else, but added that Mr Purcell has his own side of the story.

Mr Adams described the review group report on the Department of Justice as "devastatingly incisive".

He also repeated his call for Mr Kenny to give his account of the circumstances leading up to Mr Callinan's resignation in the Dáil. 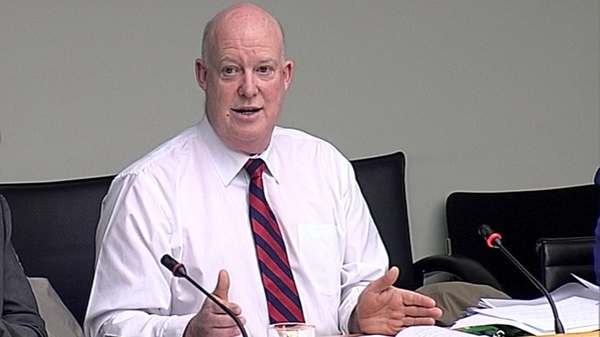 Purcell says it is best that he be reassigned