Two new surveys have found the cost of sending children to school continues to be a significant burden for all families.

88% of parents say their children's school uniforms are unnecessarily expensive, with only 33% saying they have the option to buy a generic school uniform.

More than 1,000 people took part in the nationwide survey conducted by Mummypages.ie which found that on average parents spend €196 on school uniforms for the school year.

64% of those surveyed said they had the option of a rental book scheme.

"However this rental scheme is only adopted for a small number of books with frequent curriculum changes" said Laura Haugh of MummyPages.ie.

"Unfortunately government efforts to encourage schools to adopt a plain uniform policy earlier this year have not been successful" she added.

Only half of parents surveyed said their children's schools had corresponded with them on the matter of plain uniforms.

"As a result the issue of overpriced branded uniforms continues for the coming school year..." said Ms Haugh.

The parenting website says that the cost-effective uniforms available in supermarkets such as Aldi, Lidl, Dunnes and Tesco, combined with an iron-on crest will ease the financial burden on parents, which they say is key at back-to-school-time.

Mummypages.ie's findings echoes that of a new survey by children’s charity Barnardos on back-to-school costs.

The charity said the burden was felt by all families and not just those on low incomes or living on social welfare.

More than 2,000 parents took part in the online School Costs Survey, half of respondents were based in Dublin and the surrounding counties.

The survey found the basic cost for pupils ranged from €345 for primary school students up to €735 for secondary school.

These costs did not include extras such as school bags, runners, and fees for extracurricular activities.

The Back to School Clothing and Footwear Allowance paid for each eligible child at primary school level is €100, and €200 at secondary level.

The Barnardos' survey found parents pay about €100 on average for a primary school uniform.

18% of parents pay in excess of €250 for a secondary school uniform.

Parents reported high costs for school books, and expressed continued anger at the inability to pass books on, due to the necessity of buying new editions, or changing books.

Barnardos said there was evidence that schools are acknowledging the financial pressure on parents, and changing policies on uniforms and books.

The charity said this positive development needed to be more widespread.

Chief Executive Fergus Finlay called on new Minister for Education Jan O'Sullivan to start telling schools what they have to do to bring down the costs for parents. 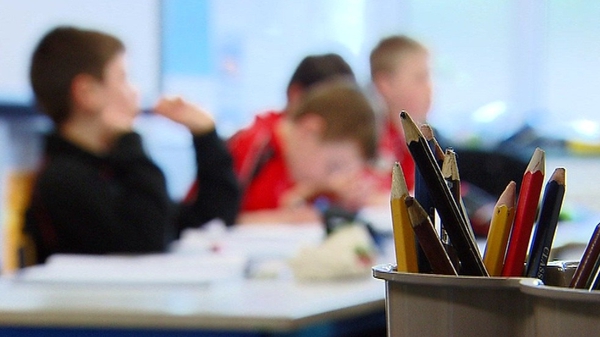