The wreck of an Air Algerie plane that went missing with 110 passengers on board has been found in Mali near the Burkina Faso border, according to a coordinator for the crisis unit in Ouagadougou.

"We have found the Algerian plane. The wreck has been located ... 50 kilometres (30 miles) north of the Burkina Faso border" in the Malian region of Gossi, said General Gilbert Diendiere from the Burkina Faso army.

Mr Diendere said the team found the burned out carcass of the plane where the informers had said it might be. They had not found any survivors at the crash site but that,  as darkness was falling, they were unable to investigate whether or not there were any who may have been rescued locally.

There were few clear indications of what might have happened to the aircraft.

Burkino Faso Transport Minister Jean Bertin Ouedrago said it asked to change route at 2.38am Irish time because of a storm in the area.

"I can confirm that it has crashed," the Algerian official told Reuters, declining to be identified or give any details about what had happened to the aircraft on its way north.

Almost half of the passengers were French citizens, an airline official said.

Niger security sources said planes were flying over the border region with Mali to search for the flight.

"We examined it and we found almost nothing, it was really in good condition," Mr Gandil said.

Algeria's state news agency APS said authorities lost contact with flight AH 5017 an hour after it took off from Burkina Faso, but other officials gave differing accounts of the times of contact, adding to confusion about the plane's fate.

Swiftair, the private Spanish company that owns the plane, confirmed it had lost contact with the MD-83 operated by Air Algerie, which it said was carrying 110 passengers and six crew.

An official for Mali's prime minister's office said contact was lost over the north of the country, around the city of Gao.

Northern Mali was seized by jihadist groups for several months in 2012, and the region has remained unstable despite the Islamists being driven out in a French-led offensive.

A diplomat in the Malian capital Bamako said that the north of the country - which lies on the plane's likely flight path - was struck by a powerful sandstorm overnight.

An Air Algerie representative in Burkina Faso told a news conference that all the passengers on the plane were in transit, either for Europe, the Middle East or Canada. 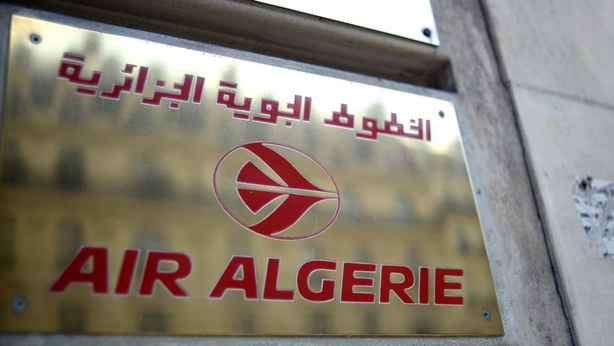 He said the passenger list included 51 French, 26 Burkinabe, 20 Lebanese, four Algerians, two from Luxembourg, one Belgian, one Swiss, one Nigerian, one Cameroonian, one Ukrainian and one Romanian.

Lebanese officials said there were at least ten Lebanese citizens on the flight.

A spokeswoman for SEPLA, Spain's pilots union, said the six crew were from Spain. She could not give any further details.

Swiftair said on its website the aircraft took off from Burkina Faso at 2.17am Irish time and was supposed to land in Algiers at 6.10am Irish but never reached its destination. 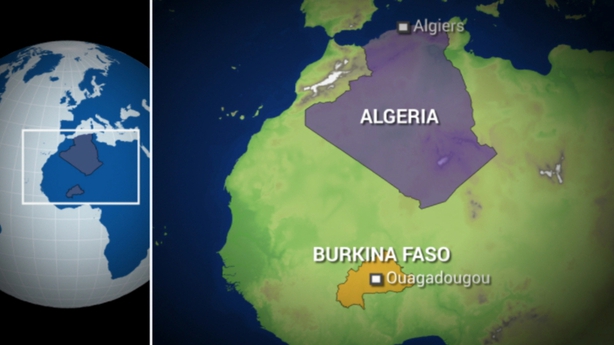 Burkinabe authorities have set up a crisis unit in Ouagadougou airport to provide information to families.

Issa Saly Maiga, head of Mali's National Civil Aviation Agency, said that a search was under way for the missing flight.

"We do not know if the plane is Malian territory," he told Reuters. "Aviation authorities are mobilised in all the countries concerned - Burkina Faso, Mali, Niger, Algeria and even Spain."

Aviation websites said the missing aircraft, one of four MD-83s owned by Swiftair, was 18-years-old. The aircraft's two engines are made by Pratt & Whitney, a unit of United Technologies.

US plane maker McDonnell Douglas, now part of Boeing, stopped producing the MD-80 airliner family in 1999 but it remains in widespread use.

According to British consultancy Flightglobal Ascend, there are 482 MD-80 aircraft in operation, many of them in the United States.

"Boeing is aware of the report (on the missing aircraft). We are awaiting additional information," a spokesman for the planemaker said.

Swiftair has a relatively clean safety record, with five accidents since 1977, two of which caused a total of eight deaths, according to the Washington-based Flight Safety Foundation.

Air Algerie's last major accident was in 2003 when one of its planes crashed shortly after take-off from the southern city of Tamanrasset, killing 102 people.

In February this year, 77 people died when an Algerian military transport plane crashed into a mountain in eastern Algeria.