A Sudanese woman who was sentenced to death for converting from Islam to Christianity, then detained after her conviction was quashed, flew into Rome today and hours later met the Pope.

Mariam Yahya Ibrahim, whose sentence and detention triggered international outrage, walked off the aircraft cradling her baby and was greeted by Italian prime minister Matteo Renzi.

Soon afterwards, Ms Ibrahim along with her husband and two children had a private meeting with Pope Francis in the Vatican.

"The Pope thanked her for her witness to faith," Vatican spokesman Father Federico Lombardi said.

The meeting, which lasted around half an hour, was intended as a "sign of closeness and solidarity for all those who suffer for their faith," he added. 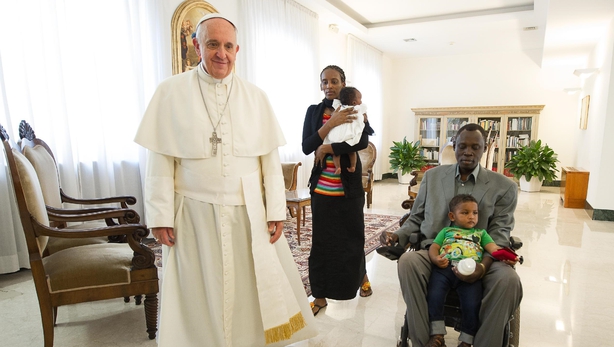 There were no details on what led up to the 27-year-old's departure after a month in limbo in Khartoum.

However, a senior Sudanese official said it had been cleared by the government.

"The authorities did not prevent her departure that was known and approved in advance," a senior official said, speaking on condition of anonymity.

Ms Ibrahim was accompanied on the plane by Italy's vice minister for foreign affairs, Lapo Pistelli.

He said the family was in good health and would stay in Italy for a few days before departing for the United States. 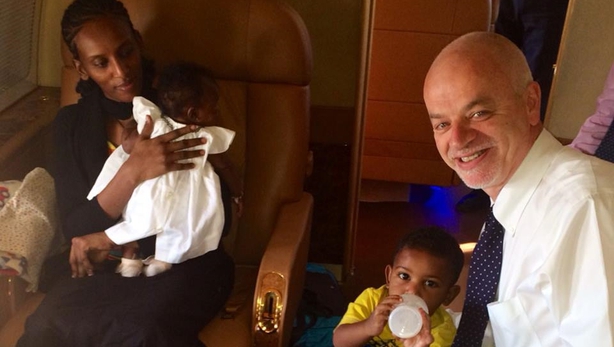 He told journalists at Rome's Ciampino airport that Italy had been in "constant dialogue" with Sudan but did not give any more details on Rome's role in securing her exit.

He published a photograph on his Facebook page of himself with Ms Ibrahim and her two children on the plane with the caption: "A couple of minutes away from Rome. Mission accomplished."

In May, Ms Ibrahim, who was heavily pregnant at the time, was sentenced to death on charges of converting from Islam to Christianity and marrying a Christian South Sudanese-American.

Her daughter was born in prison.

The conviction was quashed last month, but Sudan's government accused her of trying to leave the country with falsified papers, preventing her departure for the United States with her husband and two children.

She was initially detained, then released and moved into the US embassy in Khartoum.

Mr Pistelli said he expected her to have "some important meetings" during her time in Italy.

Ms Ibrahim says she was born and raised as a Christian by an Ethiopian family in Sudan and later abducted by a Sudanese Muslim family.

The Muslim family denies that and filed a lawsuit to have her marriage annulled last week in a new attempt to stop her leaving the country. That case was later dropped.

"If there is no European reaction we cannot feel worthy to call ourselves 'Europe'," Mr Renzi said.

Muslim women are not permitted to marry Christian men under the brand of Islamic law enforced in Sudan. 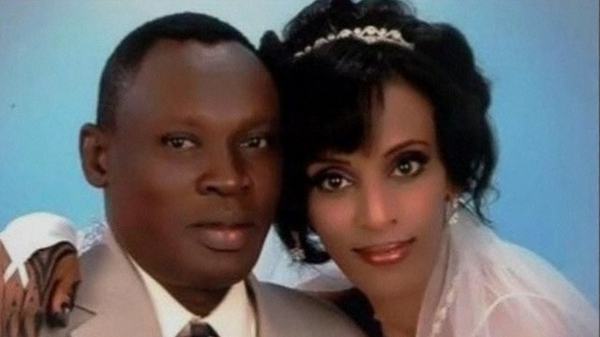