A Taliban attack on Kabul airport ended this morning, more than four hours after it began.

Civilian flights from the airport north of the capital were suspended when the attack began at around 1am Irish time.

The airport is also used by the military.

A senior police official said all the insurgents in an under-construction building had been killed.

The interior ministry said a group of insurgents had opened fire with automatic weapons and rocket-propelled grenades after seizing a building at the airport.

NATO's International Security Assistance Force and Afghan military helicopters were seen hovering over the area during the attack.

The latest attack comes after a suicide bombing at a busy market in southeastern Paktika province on Tuesday killed at least 42 people.

Taliban militants claimed responsibility for that attack too.

The airport attack comes ahead of an unprecedented audit of ballot papers from last month's presidential run-off election.

About 23,000 ballot boxes are being transported by the Afghan army and NATO forces to the capital, where they will be examined at 100 verification stations in a process starting today.

The ISAF, whose main Kabul compound lies next to the civilian airport, is providing air transport for about 40% of the votes as it winds down its deployment after more than a decade of war. 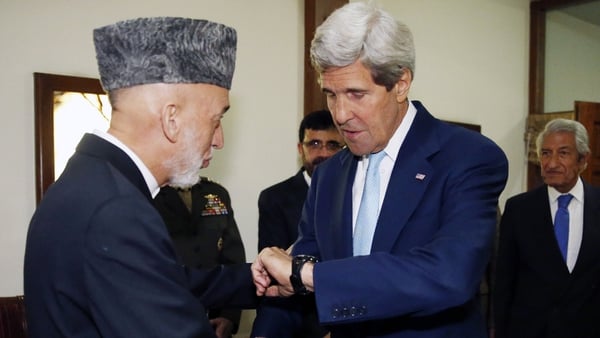