The first action of the newly appointed Minister of State with responsibility of Gaeltacht Affairs has been to book himself into an Irish language course.

Taoiseach Enda Kenny confirmed that Donegal North East TD Joe McHugh had booked in for a refresher course at Oideas Gael in Glencolmcoille.

Mr Kenny was responding to a question from Fianna Fáil TD Eamon Ó Cuív in the Dáil this evening.

He said the minister would be able to deal in comfort with Mr Ó Cuív on TG4 or Raidió na Gaeltachta.

Mr Kenny said it was an example of someone whose Irish "may be a bit rusty" and who was "getting back into action and getting it up to standard".

Mr Ó Cuív described the appointment as "shocking and disappointing".

He called it a "slap in the face" for Gaeltacht communities and called on the Taoiseach to rectify what he termed a "significant error".

Mr McHugh's lack of fluency in the language had raised concern among language groups following his appointment to the role.

An Coimisinéir Teanga Rónán Ó Domhnaill said it would be "much more preferable" if Mr McHugh was a fluent Irish speaker.

Mr Ó Domhnaill said he understood the unease that had been expressed by a number of language groups.

He said there was concern about the way the minister would be able to communicate with Irish speakers and Gaeltacht communities.

Mr Ó Domhnaill has requested a meeting with Mr McHugh, saying he hoped he would be able to discuss his concerns in the coming days.

Elsewhere, Secretary General of Conradh na Gaeilge Julian De Spáinn said the Taoiseach effectively reduced the status of the language today, by not selecting a Minister of State that could communicate with Irish speakers in their own language.

Mr De Spáinn said Mr McHugh's support for the Irish language was not an issue and that Conradh would work with him and with the senior minister in the Arts Department, Heather Humphreys.

However, he said that it was a "step in the wrong direction" that neither of the ministers with responsibility for language policy was a fluent speaker. 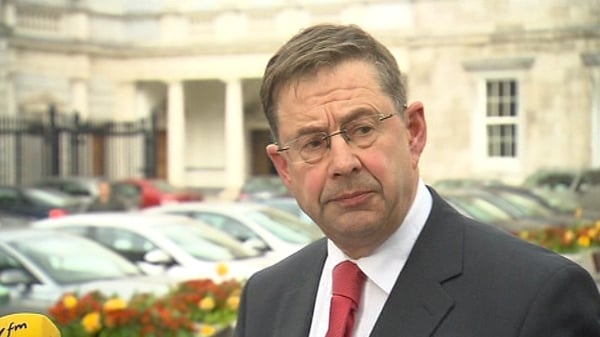