The Protected Disclosures Act 2014 will, for the first time, offer legal protections for workers who report concerns about wrongdoing in the public, private and non-profit sectors.

The law will cover all employees, contractors, agency workers, members of An Garda Síochána and the Defence Forces.

It includes measures to safeguard the identity of whistleblowers.

The legislation meets the commitment included in the Programme for Government to introduce comprehensive whistleblower protection legislation.

Minister for Public Expenditure and Reform Brendan Howlin said the new legislation means those who report wrongdoing will suffer no adverse consequences.

Speaking on RTÉ's Morning Ireland, Mr Howlin said there had previously been "bitty sectoral law" that protected some workers in some circumstances, but that the Protected Disclosures Act was overarching and all-encompassing.

He said: "You can't have adverse consequences for it [whistleblowing]. You will have redress, you can't be disadvantaged, you can't be held back in terms of promotion and if you feel you are, you can have that tested in the Labour Court.

"You also have recourse to the normal courts in terms of the law of tort if you feel you are at a financial disadvantage for making that disclosure."

Minister Howlin said the law provided for a "stepped approach", which means that if nothing was done at local level following a disclosure, that those in the public service, for example, had recourse to reporting the activity to the relevant minister or another member of the Oireachtas.

He said the act also provides protection for those who make an erroneous disclosure in good faith, and includes a clause of "reasonable belief".

Transparency International Ireland said it offers a safety net to workers in all sectors of the Irish economy for the first time.

It said key provisions include a prohibition on penalising workers who make protected disclosures and a wide definition of "worker".

It said it also includes a broad range of "relevant wrongdoings" that can be reported including criminal offences, breaches of legal obligations, threats to health and safety or the environment, miscarriages of justice, improper use of public funds or any attempt to conceal information in relation to such wrongdoings.

TI Ireland, a non-profit organisation, has lobbied for blanket legislation on the issue since 2007.

IMPACT said the new law provides a framework of protections for people who are victimised, or threatened with victimisation, for revealing illegal practices in the workplace. 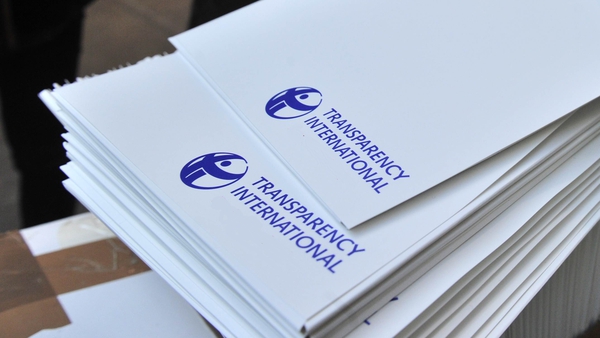 Concern for protection of whistleblowers