A 16-month-old girl has been rescued unharmed by firefighters in the UK after she got stuck in a mop bucket.

Little Minnie Snodgrass managed to get wedged in the metal bucket after her mother, Gemma, had been mopping the floor at their home in Conisbrough, near Doncaster, South Yorkshire.

South Yorkshire Fire and Rescue came to the little girl's aid after her family had rushed her to a nearby hospital. 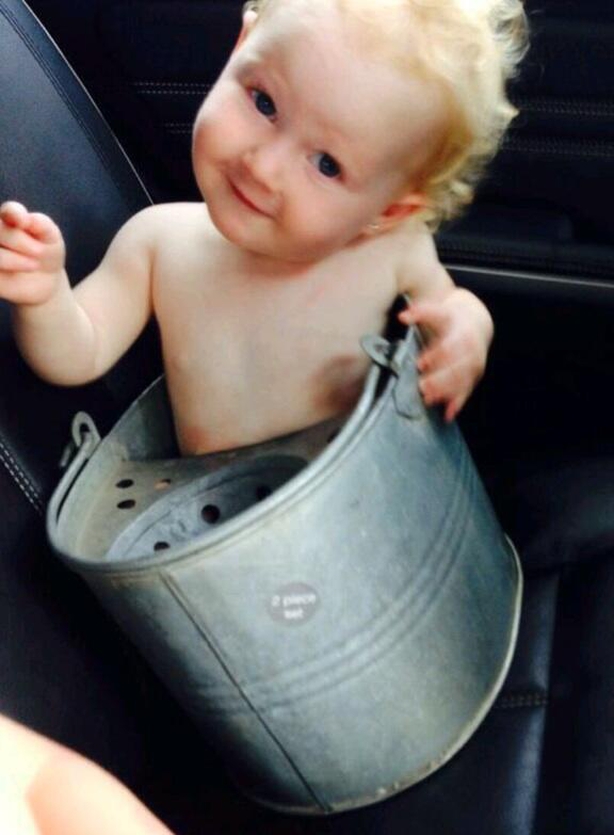 Four firefighters used bolt cutters to free her and she was unharmed, a spokesman said.

He said: "If we weren't here to rescue toddlers from mop buckets, who would?

"It's another example of the vast range of work the modern fire and rescue service is called to respond to and which the public rely on us for."

Ms Snodgrass told the Sheffield Star how she had popped upstairs after mopping the kitchen floor when she heard Minnie's brother Matthew, four, shout.

"She must have climbed in and sat down and got wedged," she told the paper.

"I went upstairs to put some sheets on the bed and then I heard her brother Matthew shout 'Mum, Minnie's stuck'.

"I picked up the bucket and was panicking when I couldn't get her out."

She said her mother, Rose Cope, drove them to nearby Mexborough Montagu Hospital.

Staff at the hospital called in the firefighters to get Minnie out and they arrived in minutes.