A separatist rebel attack with Grad missiles in eastern Ukraine may have killed as many as 30 soldiers and border guards and final casualties may be even higher.

"Up to thirty (were killed). It is not excluded that the number of victims will rise because these blood-thirsty scum despicably shot from Grad (missile) systems and there is destruction," said Zoryan Shkyryak, an adviser to Interior Minister Arseny Avakov.

Armed separatist groups and pro-Kiev forces have abducted, then beaten and tortured activists, protesters and journalists in eastern Ukraine in the past three months, Amnesty International has said in a report published today.

No thorough or reliable data is available on the number of abductions, the rights group said.

However, figures from Ukraine's interior ministry show there were almost 500 abductions between April and June.

The United Nations Human Rights Monitoring Mission for Ukraine reported 222 cases in that time, it said.

"The bulk of the abductions are being perpetrated by armed separatists, with the victims often subjected to stomach-turning beatings and torture," said Denis Krivosheev, Amnesty International's deputy director of Europe and Central Asia.

"There is also evidence of a smaller number of abuses by pro-Kiev forces," he added.

In the report Amnesty cites pro-Ukraine activist Hanna, who was abducted by armed men in Donetsk in May, as saying: "At the end of the interrogation [he said] 'Pray now - I'm going to kill you', and then he slit [the back of] my neck with the knife."

It also says an unnamed local government official in Mariupol reported having heard a captured separatist fighter "wailing in pain at the hands of pro-Kiev forces who were seemingly trying to extract information about the separatists".

Amnesty said a research team that went to Kiev and southeastern Ukraine and spoke with self-help groups had a list of more than 100 civilians who had been abducted and said in most of these instances allegations of torture had been made.

Amnesty said people including officials, the military, the police, politicians, electoral commission members and businesspeople had been abducted in the Donetsk and Luhansk regions.

It said the majority of abductions were being carried out for political reasons, though some were intended to instil fear in the local population and others were for ransoms.

It cites one 19-year-old pro-Ukraine activist who was taken captive by separatists at gunpoint as saying: "They beat me with their fists, a chair, anything they could find. They stubbed out cigarettes on my leg and electrocuted me. It went on for so long I couldn't feel anything anymore, I just passed out."

Pro-Russian separatists have been fighting government forces in the Russian-speaking east since April.

More than 200 Ukrainian troops have been killed as well as hundreds of civilians and rebels.

Elsewhere, German Chancellor Angela Merkel told Ukrainian President Petro Poroshenko in a phone call yesterday to keep a sense of proportion in his actions against separatists and to protect civilians. 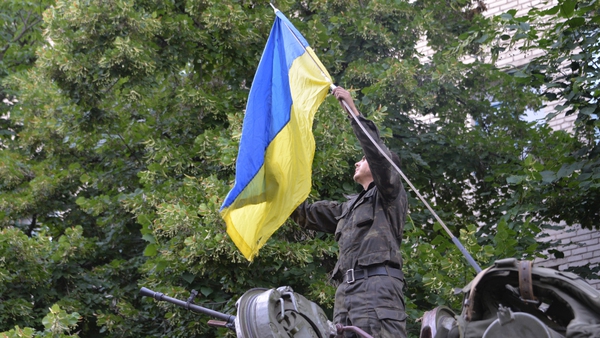