An exhibition of rare treasures is going on display at the Chester Beatty Library for the first time.

The exhibition, called the Chester Beatty A to Z: from Amulet to Zodiac, offers an alphabetical tour of items from his diverse worldwide collection.

Amongst the items is a bound volume of the Revolutionary Tribunal records which follow the 1783 trial of French Queen Marie Antoinette and her execution.

The collection also includes a 1576 guide to the "Most Famous Islands of the World" which includes a chapter on Ireland and an early map of the four provinces. 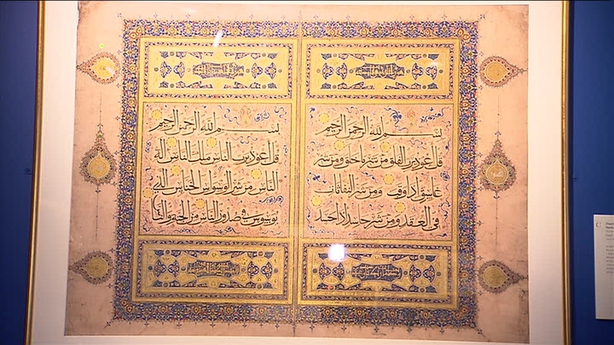 This is the first time the Library has exhibited this items together and it has taken almost a year to plan it.

Chester Beatty was born in New York City and made his money from mining.

He moved to London and set up a mining conglomerate before relocating to Ireland in 1950 where he built a library for his collection, which he entrusted to the Irish people on his death.

The exhibition in the Chester Beatty Library will be supported by a programme of lectures and workshops.

It is free to the public and will open tomorrow and run until 1 February 2015.

Watch a report on the exhibition here.