Germany has expelled the US intelligence station chief in Berlin over alleged spying by Washington.

Government spokesman Steffen Seibert said: "The representative of the US intelligence services at the embassy of the United States of America has been told to leave Germany."

He said the move is related to investigations into the activities of the US intelligence services in Germany.

Last week the German Foreign Ministry summoned the US ambassador John B Emerson after an officer in the German secret service was arrested on suspicion of spying for the US.

The man admitted to passing to a US contact details about a special German parliamentary committee.

The committee was set up to investigate spying revelations made by former US intelligence contractor Edward Snowden.

Chancellor Angela Merkel has described the allegations surrounding a German double agent working for the US as serious.

She said: "If the allegations are true, it would be for me a clear contradiction as two what I consider to be trusting cooperation between agencies and partners."

Ties between the US and Germany have been tested by revelations last year of wide-scale spying on Germany to the US National Security Agency.

Among the revelations was that the US may have bugged Ms Merkel’s phone for more than ten years.

Der Spiegel reported last October that the Chancellor’s mobile phone had been listed by the NSA’s Special Collection service since 2002 – marked as "GE Chancellor Merkel".

The US has refused to comment on the reports, but has stressed intelligence ties between the two nations are vital.

National Security Council spokeswoman Caitlin Hayden said "our security and intelligence relationship with Germany is a very important one and it keeps Germans and Americans safe."

Ms Hayden added "it is essential that cooperation continue in all areas and we will continue to be in touch with the German government in appropriate channels." 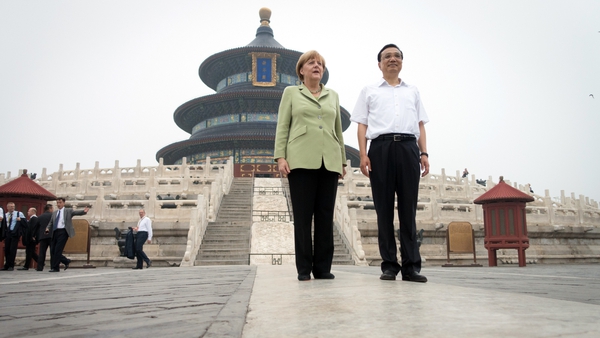