Iraqi security forces have found the bodies of 53 men who had been bound and executed in a religiously mixed province south of Baghdad, police and medical officials said.

The men were found in orchards to the south of Hilla, the capital of the province of Babil, all with gunshots to the head or chest.

It was not immediately clear why the men were killed, but a mortuary official confirmed the victims were killed at least a week ago.

Although attacks have taken place in Babil province during a jihadist-led offensive that has overran large areas of territory north and west of Baghdad last month, the area where the bodies were found was not close to the sites of other recent violence.

North of Hilla is a deeply divided region that earned the monicker the Triangle of Death for the ferocity of its sectarian violence in the years after the US-led invasion in 2003.

The Iraqi government has told the United Nations that militants have seized one of Saddam Hussein's former chemical weapons factories.

As a result, Baghdad was currently unable to "fulfil its obligations to destroy chemical weapons," Mr Alhakim wrote.

He added that "remnants of the (country's) former chemical weapons programme" are kept at the site.

"The government will resume its efforts with regards to its obligations as soon as the security situation has improved and control of the facility has been regained," he said.

At dawn on 12 June, the site's surveillance system, disabled by "the terrorists", showed there was "looting of some equipment and appliances", he wrote.

The letter confirms a claim on 19 June by Washington that Sunni radicals had taken control of the facility.

State Department spokeswoman Jen Psaki said at the time that she did not think the Islamic State of Iraq and the Levant (ISIL) militants would be able to produce usable chemical weapons there because any materials remaining there were old and unwieldy.

The insurgents have led a month-old crisis that has seen a jihadist-led alliance overrun large swaths of northern and north-central Iraq, displacing hundreds of thousands.

The complex, located just 72km northwest of the Iraqi capital, began producing mustard gas and other nerve agents, including sarin, in the early 1980s soon after Saddam took power, according to a CIA factsheet

The programme expanded to its height during the Iran-Iraq war later that decade, and produced 209 and 394 tonnes of sarin in 1987 and 1988 respectively.

But the CIA writes that the facility shut down after the first Gulf war, when UN resolutions "proscribed Iraq's ability to produce chemical weapons".

In the early 1990s, the site was used to oversee efforts to destroy Iraq's chemical weapons stockpile. 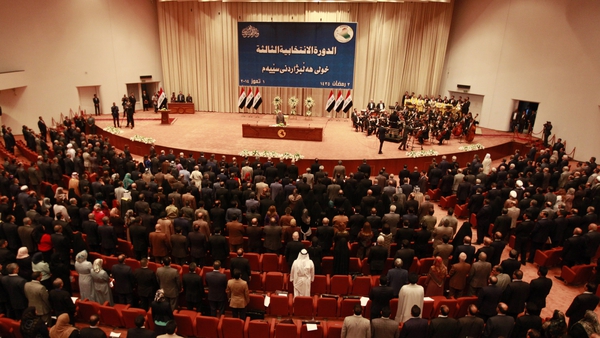