Police in Connecticut have arrested a 34-year-old man in connection with an assault on the award-winning Irish author Colum McCann.

Mr McCann was punched in the face and lost consciousness when he was attacked outside a hotel in New Haven on 28 July.

Police said he was punched when he tried to intervene in a dispute between a man and a woman.

34-year-old Michael Mott, of Chestnut Hill Road in Oxford, Connecticut has been charged with the second degree assault of Mr McCann and with a breach of the peace charge in relation to the altercation with his wife in a hotel lobby.

A warrant for Mr Mott's arrest was issued earlier following the police investigation and he turned himself into police on Monday evening.

New Haven detectives said that Michael Mott and his wife had checked into the Study Hotel in New Haven earlier on the day of the attack.

They left for drinks and when they returned hotel staff informed them the credit card Mr Mott had used did not have sufficient funds to pay for the room.

It was reported this issue sparked a dispute between Mr Mott and his wife.

According to witness statements, police said Mr McCann saw the row and asked Mr Mott's wife if she was alright or needed assistance. She indicated she'd be OK.

New Haven Police Chief Dean M Esserman had great praise for the work of detectives who worked to solve this case.

He said that it was a "particularly disturbing case because Mr McCann was specifically targeted after he tried helping another victim. We appreciate the valuable assistance of our officers, detectives, the Yale University Police Department and the public". 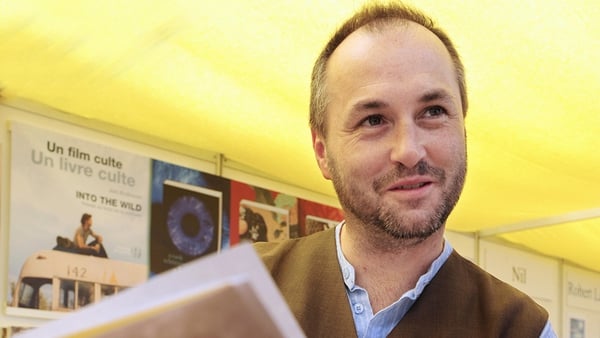 Colum McCann 'shocked' by US attack