The attack bore all the hallmarks of Somalia's Al-Qaeda-linked al-Shabaab rebels, who have carried out a string of strikes against the country's internationally-backed but fragile government.

Witnesses said there was heavy gunfire and several heavy blasts believed to be grenades.

The attack appeared to be a repeat of an al-Shabaab assault against the presidential palace in February.

In May the Islamist insurgents also launched a similar attack against the national parliament.

The attacks have targeted key areas of government, or the security forces, in a bid to discredit claims by the authorities that they are winning the war against the Islamist fighters 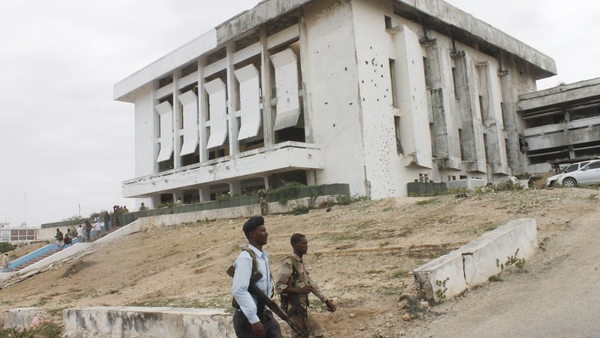