Employers' group Ibec has said the October Budget should raise the point at which workers begin to pay the higher rate of income tax.

In its pre-Budget submission, Ibec also called on the Government to cut the rate from 41% to 40%.

The Government had planned to raise €2bn in the Budget through taxes and spending cuts.

Ibec says only a tenth of that amount is now needed.

Its proposal is based on better than expected economic data.

As well as the proposed changes to income tax, Ibec has proposed continuing the 9% rate of VAT for the hospitality sector.

It also says tax increases on alcohol should be reversed and the "unfair" pensions levy should be dropped, as promised by the Government.

Ibec Chief Executive Danny McCoy said money should be put back in people's pockets to start spending and stimulate growth.

The group's demands contrast with the Troika and Fiscal Management Council, which have urged the Government to be more cautious.

Mr McCoy said there is now an opportunity to put fresh momentum behind Ireland's recovery and it is now time to draw a line under the "period of painful austerity".

He said: "We have a chance to give consumers a break, put money back into people's pockets and kick start personal, commercial and public investment.

"If we get it right, we can look forward to strong growth in the months and years ahead. This will result in thousands of new jobs."

Elsewhere, Minister for Finance Michael Noonan has described Ibec's assessment that the Budget adjustment should be no more than €200m as a "guestimate".

Speaking in Brussels, Mr Noonan said he would not be drawn on how much the figure would be.

He said the level of adjustment necessary to get the deficit to 3% would be less than the €2bn announced in April.

"There's a lot of data to come in yet, so at best Ibec's figure is a guestimate, but certainly we won't have to adjust by €2bn," he said.

He said there was not enough data in yet to give a precise figure.

The minister said: "Ibec are ahead of the facts as yet. They may turn out to be right.

"The Budget isn't until mid-October and we will have a lot of information by the time mid-October comes to give us a precise figure.

"What is certain from a policy point of view is we're going to do whatever is necessary in terms of expenditure cuts and tax increases to get our deficit below 3% by 2015." 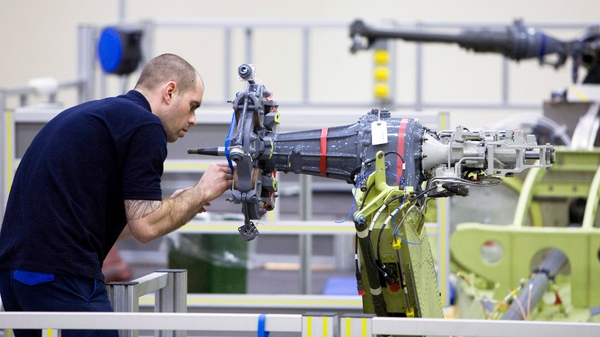