A new poll has found US President Barack Obama, who is enduring a tough second term, topping a list of the worst US leaders since World War II.

The survey, by the polling institute at Quinnipiac University, revealed that 33% of those asked saw Mr Obama as the worst leader in the last 70 years.

"Over the span of 69 years of American history and 12 presidencies, President Barack Obama finds himself with President George W Bush at the bottom of the popularity barrel," said Tim Malloy, assistant director of polling for Quinnipiac.

45% of those polled said the US would have been better off had Republican Mitt Romney won the 2012 election, while 38% said the country would be worse off. 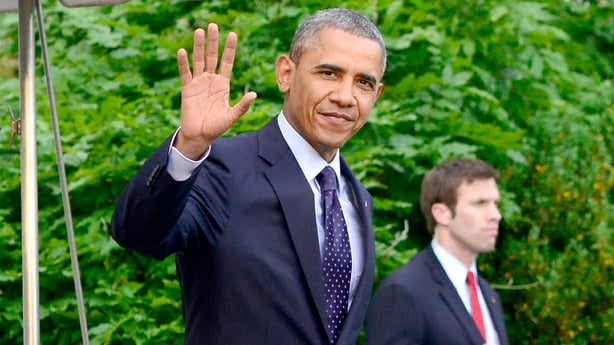 Presidents typically capture the most heat while they are in office, and many find that their spells in the White House are re-evaluated when they have retired and are out of Washington's bitter partisan crossfire.

Mr Bush, who was deeply unpopular at the end of his second term, has seen his ratings edge up in recent years.

Others such as Mr Clinton were popular on their last day in office and have seen their public opinion ratings remain strong.

The poll appeared to show a bias towards more recent presidents.

Only 13% said Richard Nixon, who resigned in disgrace, was seen as the worst president.

Jimmy Carter, a one-term Democrat whose 1977-81 presidency is often pilloried, was seen as the worst president by only 8%.