A cameraman for Russia's state-owned Channel One television channel was killed overnight in Ukraine's eastern Donetsk region, the third Russian journalist to die in the conflict.

The channel said Anatoly Klyan, 68, was shot in the stomach after his film crew came under fire when they went to film near a pro-Kiev military unit in the region.

It said the journalists were accompanying a group of soldiers' mothers who were being driven to the unit "to meet their sons and take them home".

The bus carrying the mothers and the journalists withdrew after coming under fire as it approached the base.

Mr Klyan died when a group of people came under further automatic rifle fire after leaving the bus, Channel One said on its website.

Russia has protested against the killings of its journalists, calling on Ukrainian government to stop operations in Donetsk and the region of Luhansk, where separatists have seized state buildings and weapons arsenals.

On 17 June, a Russian correspondent and a sound engineer for state television were killed by mortar fire in clashes near Luhansk.

Sporadic violence has continued in eastern Ukraine despite a ceasefire declared by Ukrainian President Petro Poroshenko on 20 June to allow for peace talks with the rebels.

The ceasefire is due to expire this evening.

Meanwhile, around 400 Russian marines have arrived in France where they were to undergo training as part of a controversial warship deal between Paris and Moscow.

France went ahead with the sale of two Mistral warships to Russia, despite calls from NATO and the United States to hold off on the €1.2 billion deal over the crisis in Ukraine.

During their training, the 400 marines will be staying onboard a Russian ship docked behind one of the two Mistral helicopter carriers.

France agreed the sale under a 2011 contract, with the first vessel due for delivery in October and the second in 2015.

The Mistral, the second largest ship in the French navy, is a high-seas military base that can transport up to 16 helicopters, four landing craft, 60 armed vehicles and some 700 troops. 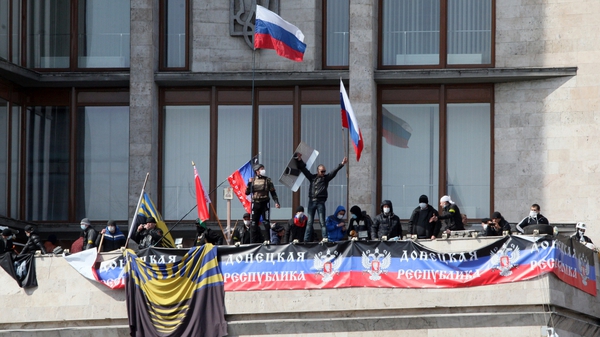