A simple blood test could offer many women an early warning of breast cancer, even if they do not inherit genes linked to the disease.

Scientists have identified a molecular "switch" in blood samples that increases a woman's chances of having breast cancer.

The marker is associated with the BRCA1 breast cancer gene, but was also found in women without the mutation who went on to develop the disease.

Around 10% of breast cancers are caused by BRCA1 and BRCA2 gene variants inherited from parents, leaving 90% of cases unexplained.

A woman with the BRCA1 gene has an 85% risk of developing breast cancer, leading some carriers to opt for a mastectomy.

But until now there has been no reliable way of predicting the likelihood of non-inherited breast cancer.

The "switch" discovered by scientists is part of the process by which certain molecules acting on DNA cause genes to be turned on or off.

Lead researcher Professor Martin Widschwendter, from University College London, said: "We identified an epigenetic signature in women with a mutated BRCA1 gene that was linked to increased cancer risk and lower survival rates.

"Surprisingly, we found the same signature in large cohorts of women without the BRCA1 mutation and it was able to predict breast cancer risk several years before diagnosis.

"The data is encouraging since it shows the potential of a blood-based epigenetic test to identify breast cancer risk in women without known predisposing genetic mutations."

He added: "This could mean that in the future a woman may be able to have a simple blood test to look for this DNA signature, and therefore know if she is at a higher risk of developing breast cancer.

"If she does have this signature, she could then work with her doctor to explore the options available to help her take control of her own risk.

"These could include lifestyle changes, tailored breast screening, risk-reducing drugs or surgery."

What proportion of women at increased risk of breast cancer have the epigenetic marker is unknown, but the fact that it is not confined to those carrying BRCA 1 is significant.

"DNA signatures such as this have the potential to add an extra layer of accuracy in the way we are able to assess a woman's individual risk of breast cancer and we are eager to learn more in this area," Dr Lam said.

The scientists analysed blood sample DNA from 119 postmenopausal women who went on to develop breast cancer over a period of up to 12 years, and 122 who remained cancer-free.

Their results appear in the online journal Genome Medicine.

Between 2012 and 2013, 71% of women eligible for screening attended their appointments, 3% down on the previous year. 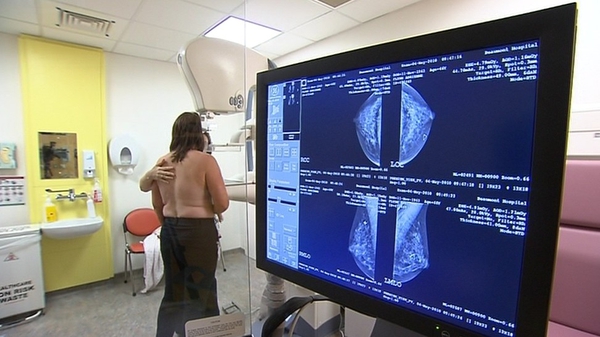