The banking inquiry has been told that, on legal advice, it will not be able to discuss the Cabinet meeting during which the bank guarantee was discussed due to Cabinet confidentiality.

However, members were told by a senior counsel that documents should be available to them.

Chairman of the banking inquiry Ciarán Lynch said there are over 100 documents in relation to the bank guarantee.

Fianna Fáil's Michael McGrath has said it is essential that the inquiry be able to probe, without constraints, all of the circumstances surrounding the government decision to guarantee the liabilities of the banks.

He said the inquiry is diminished by fact that the inquiry team will not be able to get a detailed account of the proceedings at Cabinet when the decision was actually made.

The issue of Cabinet confidentiality would not arise if the Government had chosen a Leveson-style tribunal of inquiry into the banking crisis instead of a parliamentary inquiry, he said.

A draft budget of around €5.3m has been proposed for the inquiry.

It is understood that €3.7m may relate directly to this inquiry of which €2.9m would be spent on staff.

€1.6m may be spent on improving facilities that can be used by the Oireachtas generally and by future inquiries.

It is understood that this will relate to information and communications technology and also accommodation.

It is also understood that €200,000 would be assigned for a senior and junior counsel.

However, no provision has been made for defending legal actions.

A revised timetable was presented to members today.

It suggests that oral hearings could begin in January and not May or June of next year. This is still being discussed.

In relation to the period that the inquiry will look at, it is understood that members are going to make submissions on the issue to the committee clerk and Oireachtas officials will come up with a draft scoping document.

Members will then sign off on the final timeline.

The committee agreed to aim to have an inquiry plan ready by September when the Dáil returns and a final report in November 2015.

The banking inquiry committee is to set up a group of technical experts to help it prepare terms of reference.

There was controversy recently over the make-up of the banking inquiry and in particular the Government's majority on it. 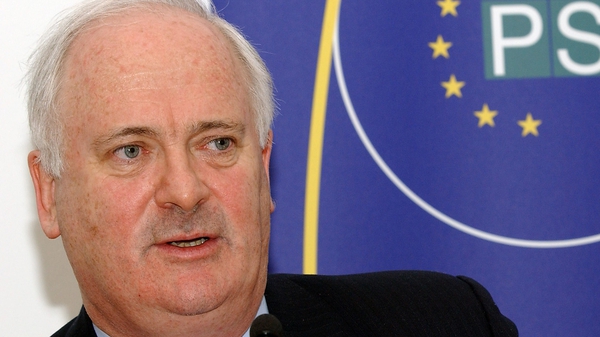 Banks' punch bowl should have been taken away - Bruton