The first study of its kind on alcohol consumption has found that 75% of all alcohol consumed in Ireland is drunk as part of a binge-drinking session.

The Health Research Board study reveals that almost one in 14 drinkers meet the criteria for dependent drinking.

It shows that 150,000 people are "dependent drinkers" and more than 1.3 million people are "harmful drinkers".

More than 30% of people interviewed said they had experienced some form of harm as a result of their own drinking.

Harmful and dependent drinking is highest among those aged between 18 and 24 years and monthly binge drinking is most common among this group also.

The study defined binge drinking as "consuming 60g or more of pure alcohol on a single drinking occasion. This corresponds to a minimum of three pints of beer or six pub measures of spirits or 600ml of wine".

Dr Graham Love, chief executive of the HRB, said the report found that people underestimate what they drink by about 60% and if this is the case, then the situation is much worse than what has been presented in the report.

43% of drinking is done at home, 42% of respondents said they drink in a pub or nightclub and 10% in a hotel or restaurant.

Other key findings were that the population of drinkers spent over €50.6m on alcohol in the week prior to the study and that 3,230 work or study years were lost through alcohol-related illness in the year before the study.

It found that the self-reported average price of a standard drink is highest in hotels or restaurants at €4.58 and lowest at home or in someone else's home at €2.76.

Co-author of the survey, Dr Jean Long, said drinking has been normalised to the extent that people think it is okay to drink a lot and to consume a lot of alcohol in one sitting.

Dr Long told RTÉ's News At One that this is a far more dangerous method of consuming alcohol than spreading intake over five days and taking two days rest.

She said Irish people need to examine their drinking behaviour.

Dr Long said the Government is preparing a public heath bill on alcohol covering price, availability and promotion of alcohol as well as providing people with information on alcohol so they can re-evaluate their thinking.

Alcohol Action Ireland chief executive Suzanne Costello has said the key finding is the level of denial about binge-drinking in Irish society.

Speaking on RTÉ’s Six One, she said that people who are under the impression that they are moderate drinkers, in fact, binge drink on a regular basis.

Ms Costello said people need to realise that the pattern of behaviour is as important as the level of consumption.

She said there is a lack of awareness of the types of harm that is caused by heavy drinking to people personally and to the community.

It is important that the key measures in the Public Health Alcohol Bill, which is due to be published later this year, are not watered down, she added. 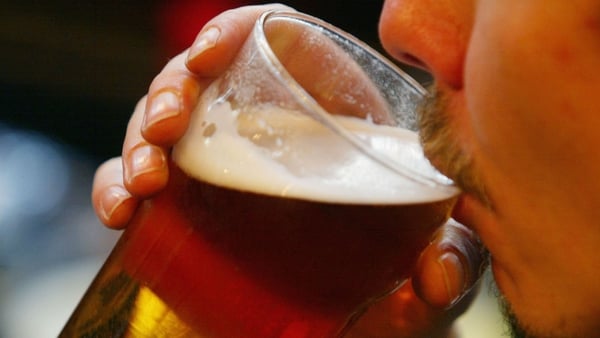 28% experience harm due to someone else's drinking